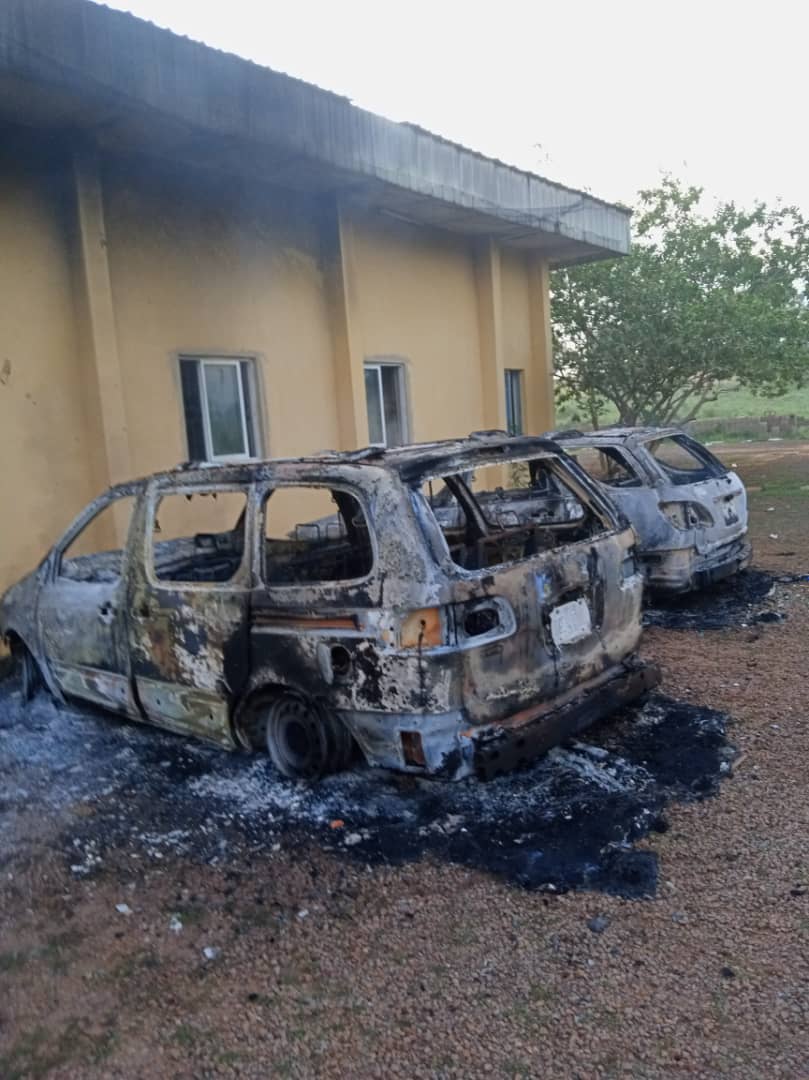 At least two Police formations in the South Eastern part of the country were attacked over night by unknown criminals wielding automatic weapons.

In Ukpo, Dunukofia Council of Anambra State the Zone 13 headquarters  of Nigerian Police Force was burnt down  by unknown gunmen who invaded the facility in the early hours of Monday.

Though no casualty figures are not available yet many vehicles were also set ablaze.

Gunmen also in the early hours of Monday attacked and razed down a police station in Uzoakoli, Bende local government area of Abia State.

Though details of these attacks are still sketchy there are fears that this may be a cordinated attack by criminals aimed at weakening the Police capacity to fight criminality in the South East region.

This is a developing story details later

While details of the attack were still sketchy at the time of filing the report, it was gathered the gunmen overpowered the policemen on duty and released suspects in custody.

It was however not clear if they invaded the police armoury.