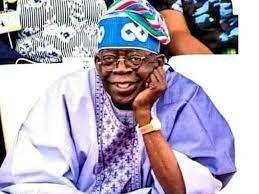 The National Leader of the ruling All Progressive Congress (APC), Bola Tinubu, has commenced his 2023 presidential campaign on Twitter.

The former governor of Lagos launched his campaign hashtag #BAT2023 on the microblogging platform on Thursday while commending the Federal Government for lifting the ban on the bird app seven months after it was prohibited in the country.

According to Tinubu, Twitter just like every other social media is useful to citizens as they are a means of communication and an avenue that enables economic and social empowerment for Nigerians.

Mean while, Dele Momodu, a Nigerian journalist/publisher, businessman, and motivational speaker has declared his intention to vie for the number one seat in the country in the 2023 presidential election.

Momodu, who joined the Peoples Democratic Party (PDP) in October 2021, made this known while speaking to reporters after a meeting with the opposition party chairman, Senator Iyorchia Ayu, in Abuja,

Speaking ahead of the 2023 presidential election, Momodu asked the PDP to be patient in choosing its presidential candidate and ensure that the person is qualified, competent and free of corruption.