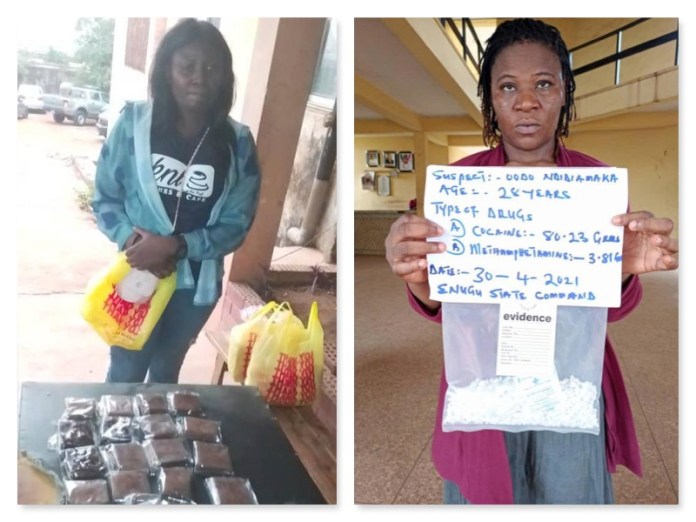 Authorities said Ndidiamaka was arrested with 80.23grammes of cocaine and 3.81grammes of methamphetamine, over the weekend.

Commenting, the state Commander of NDLEA, Abdul Abdullahi said the Command remained committed to unravelling other members of the drug cartel in the state.

In a series of tweets on Monday, the anti-narcotics agency said the suspect is a 400-level student of the Federal University of Technology, Minna who allegedly sold two strong variants of cannabis, Arizona and loud, concealed in textbooks.