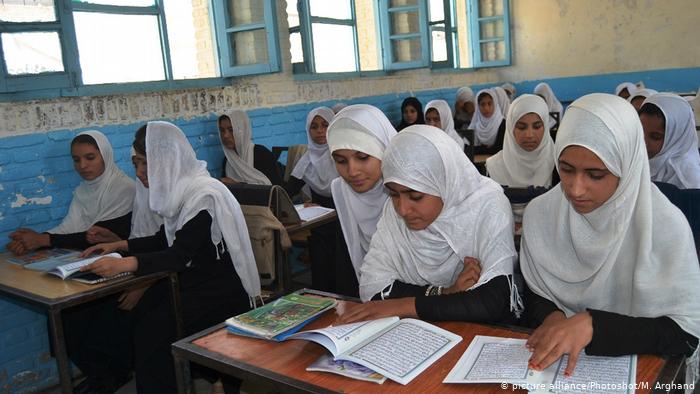 Afghanistan’s government has distanced itself from a plan to ban girls from singing after women’s rights activists slammed education officials for promoting a “Taliban-like” policy.

Afghanistan’s Education Ministry is stepping back from a decision released in a memo that would apparently have banned girls older than 12 from singing in public.

The ministry has announced in new a statement this week that its regional Kabul branch had issued the ban without consultation, adding that the purpose of banning singing in public was to prevent the spread of the coronavirus by keeping both girls and boys from singing in groups.

“The directive that was issued by the Kabul education branch chief does not represent the official position and policy of the Ministry of Education,” according to the statement, which added that the ministry would launch an investigation into the Kabul branch.

“The leadership of the Education Ministry is committed to supporting the right of education, and the choice of all girls and boys to take part in cultural, artistic and sports activities,” according to the statement.

The Education Ministry’s attempt to distance itself from the controversy comes after women’s rights activists launched a social media campaign to denounce fundamentalism in Afghanistan.

Under the hashtag #IAmMySong, Afghan women and social rights activists shared video clips of girls singing hymns and songs, along with musical performances by Afghan women.

The Campaign #IAmMySong continues until we see an official decree is revoking two previous letter and we see the result of the #MoE investigation of this matter https://t.co/Rizc44xGUT

“The main reason for our protest is that songs and hymns are the voice of women. To silence the voice of women is to eradicate women from the public sphere. This directive is exactly like those rules that the Taliban issued during their supremacy,” Afghan women’s rights activist Vida Saghari told DW.

Saghari said the singing ban wasn’t the first time that the Education Ministry had issued “Taliban-style” directives. Near the end of 2020, the ministry announced that it would support Islamic madrassas that only teach the Quran. Saghari said the ministry also supported a plan to only allow girls from first to third grade to attend classes in mosques.

The Education Ministry also tried to walk back those decisions by claiming that learning in madrassas and mosques was meant as a solution for remote districts with no access to modern schools.

For decades, Afghan women have struggled to be recognized as equals in a country often beset by fundamentalism.

Saghari said Afghanistan had a long tragic, history when it comes to women’s rights. In the 1980s during the Islamist Mujahideen era, female singers were often silenced and then killed.

Fundamentalist positions are also embodied by the Taliban, although the militant group claims that its stance on women’s rights has softened somewhat.

Samira Hamidi, a South Asia campaigner with Amnesty International, rejects the idea the Taliban has changed.

“The position of the Taliban has not changed regarding women, the right of free expression, media and girls’ education,” Hamidi told DW. “They allow women to seek education, but only according to Islam and Sharia — and they have never explained what they mean by that,” she said.

Hamidi said the Taliban felt more emboldened than in previous years because the US peace deal has given it more say in shaping Afghanistan’s future.

“The Taliban are coming from a position of power, and they have continuously said that they have won this war against the US and that they don’t recognize the Afghan government,” Hamidi said, adding that pro-democracy and equal rights campaigners are being targeted by militants.

How will the Taliban influence Afghan life for women?

The Afghan rights activist Robina Shahabi told DW that the Taliban would reintroduce traditionalist and fundamentalist structures into Afghanistan.

Shahabi interpreted the singing ban on young girls as a first step in this direction.

“Ordinary people are saying the Taliban has a green light. This is happening at a time when the participation of the Taliban within the system is being discussed and a council of Islamic jurisprudence is being formed,” Shahabi said DW.

The council of Islamic jurisprudence is envisioned as a quasi-legislative body that promotes fundamentalist values. How the body is composed and what it will do will be discussed over several rounds of intra-Afghan negotiations.

Many ordinary Afghans fear the comeback of the Taliban.

“My personal view and that of my friends who I discuss with, is that this [girls’ singing ban] is part of conformity with the Taliban and their views,” Shahabi said.