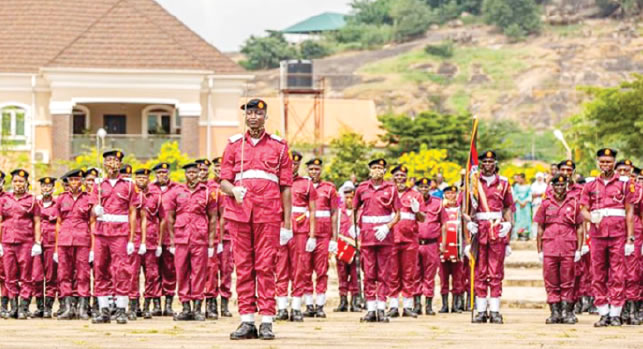 The Commandant of the Amotekun corps in Oyo State, Col. Olayinka Olayanju (retd), said this in a statement made available to our correspondent in Ibadan on Monday by the media officer of the security outfit, Mrs Ayolola Adedoja.

Olayanju said Amotekun corps were invited by the police to join them in dismantling a carnival stage which the police had warned against.

He said in the process, the Amotekun officer’s gun accidentally discharged itself and the bullet hit the policeman in the thigh.

He said, “Amotekun operatives were invited by the police to join hands with them to dismantle a carnival stage. The carnival was held against the earlier warnings to the organisers by the police.

“The carnival stage was dismantled unchallenged, but after this, the gun with Ogundele Ibrahim discharged accidentally and hit the community police officer in the thigh. The cause of this ( accidental discharge) has not been known.

“Yekini Fatai was rushed to the General Hospital in Oyo town where he was treated and he has been discharged.

“I want to state categorically here that there was no feud of any kind between Ogundele Ibrahim and Yekini Fatai to warrant shooting him.”

He also confirmed that the Amotekun officer had been handed over to the police for proper investigation into the incident.

Olayanju said Amotekun had come under unfair criticisms despite the contributions of the agency to make the state safe.