HomeNEWSBuhari appoints Orji as ES NEITI as Adio bows out

Buhari appoints Orji as ES NEITI as Adio bows out 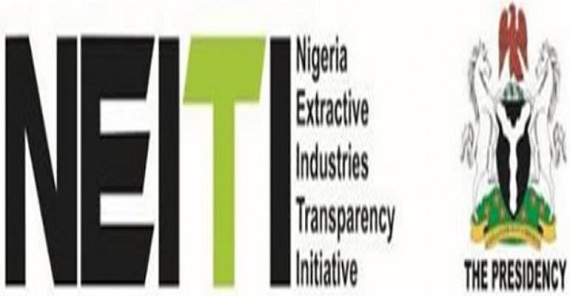 President Muhammadu Buhari has approved the appointment of veteran journalist, Dr Orji Ogbonnaya Orji as the Executive Secretary, Nigerian Extractive Industries Transparency Initiative (NEITI) for a single term of five (5) years in accordance with the provision of Section 12 (2) (a) and 6 (3) of the Nigeria Extractive Industries Transparency Initiative (Establishment) Act, 2007.

Orji is taking over from Waziri Adio, who bows out as the head of the organisation, having completed his five-year non-renewable term.
In a statement by Director of Information, Office of the Secretary to the Government of the Federation, Willie Bassey, Orji’s appointment takes effect from 19th February 2021.

Until the appointment, Orji was the Agency’s Director of Communications and Advocacy.

He began his career at the Federal Radio Corporation of Nigeria (FRCN) and also worked with United Nations Development Programme (UNDP) where Dr. Orji managed several donor-funded projects. He holds MSc degree and PhD in Political Economy and International Development from the University of Abuja.
NEITI was established in 2004 as the key Anti-Corruption Agency at the Presidency responsible for enthroning transparency, accountability and governance of the country’s oil, gas and mining industries.

According to the statement, President Buhari enjoins the new NEITI ES to serve the nation with all sense of responsibility, honesty, diligence and promote good governance in the discharge of his duties.

Adio had on Tuesday in a series of tweets on his verified Twitter handle, @wazirioadio, listed notable achievements under his watch NEITI, had been recorded.

Others include the introduction of NEITI policy brief, the release of 32 distinct publications in five years and undertake financial modeling, which contributed to the amendment of the PSC Act, projected to bring in additional $1.4 billion revenue per annum.

Adio further said that under him, the organisation achieved satisfactory progress in EITI validation, which is the highest level obtainable, only recorded by just 14 per cent of the 55 EITI countries.

He added that under his watch, the NEITI dashboard portal was launched, while the beneficial ownership register was unveiled.

He said the NEITI under him also initiated compliance ranking which increased full compliance with audit data submitted by 215 per cent.

He said: “My 5-year, non-renewable tenure as the Executive Secretary of @nigeriaeiti ends in exactly two days. Grateful for the opportunity to serve and to learn. And mighty proud of the few key things the NEITI team has achieved under my watch, some listed below.

“We set out to push the envelope on extractive sector transparency. As I set to depart, I can proudly say NEITI did move the needle: from adding policy as a new layer of work, through clearing report backlog, saving cost and time, doing more with less, to leveraging technology.

“I am particularly grateful to President @MBuhari for the rare opportunity to serve, to late Mallam Abba Kyari for the trust/faith, to @kfayemi for his non-obtrusive guidance as board chair, and to my wonderful friends and family for bearing with and standing by me,” he tweeted.

Governors meeting with Buhari ends with a declaration