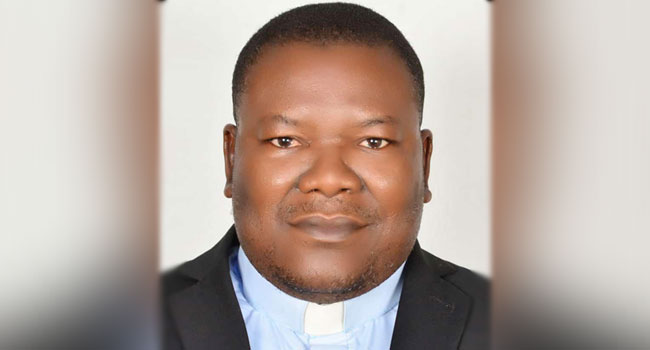 A Catholic Priest, Reverend Father Joseph Ajayi has regained his freedom after he was kidnapped on Monday along Ikere-Akure road, in Ondo state.

News of his release was confirmed by a family source on Thursday.

It is not yet clear whether a ransom was paid.

Ajayi had been driving his car, a Corona 2005 EKY702 AL Red Color when he was kidnapped.

He was said to be returning from Ikere – a city in neighbouring Ekiti State and travelling to Ilara-Mokin in Ifedore Local Government Area of Ondo State.

Kidnapping is a major security issue in many parts of Nigeria and priests haven’t been left out.

A reverend father, Fidelis Ekemgba, was also recently kidnapped in Imo State but those said to be responsible have been arrested by security operatives.