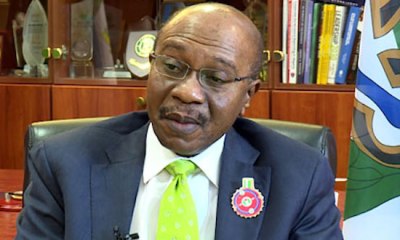 The eNaira is a digital currency that will be issued by the CBN and will serve as a legal tender just as paper currency.

However, the new official digital currency website www.enaira.com is not registered with the gov.ng domain, which is understandable given the website’s business purpose, but it also exposes many unwary Nigerians to deception.

Already, a check by Ripples Nigeria reveals that the proprietor of a similar domain to the official website has listed its www.enaira.com.ng for sale for N4.2 million.

The central bank of Nigeria had listed the benefit of e-Naira by the  users .

In addition, customers are allowed to scan the QR Code on the website to get started.

The CBN governor, Godwin Emefiele, while speaking to a gathering of foreign investors in New York recently, aid the October 1 launch date will likely be rescheduled due to activities surrounding the country’s Independence Day celebration. He said the launch would be held on October 4, 2021.

In line with global trends, the Central Bank of Nigeria (CBN) recently announced the formal engagement of global fintech company, Bitt Inc., as its technical partner for the development of its digital currency.