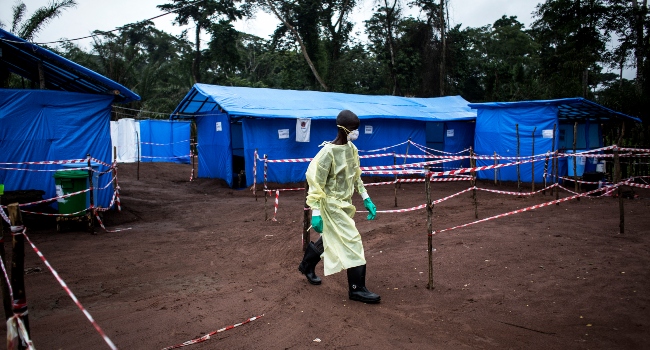 One Ebola case has been recorded in the Democratic Republic of Congo, five months after the latest epidemic of the disease in the country was declared over, the government said on Friday.

“The case concerns a three-year-old boy who was hospitalised and died on October 6,” the health ministry said in a statement, adding that the case was in Beni, in North Kivu province.

A sample taken from the child was sent to Goma, the provincial capital, and was found to be positive.

Teams on the ground are working to trace and monitor around 100 contacts, as well as decontaminate health facilities, the ministry said.

“Thanks to the experience gained in the management of the Ebola virus disease during previous epidemics, we are confident that the response teams… will manage to control this epidemic as soon as possible,” the statement said.

In early May, the DRC declared the end of its 12th Ebola outbreak, during which 12 cases were reported, with six deaths and hundreds of people vaccinated.

The disease had reappeared in February in an area of North Kivu that between August 2018 and June 2020 experienced the largest outbreak of Ebola in the history of the DRC — with 3,470 infections and 2,287 deaths.

Ebola is a viral haemorrhagic fever that was first identified in central Africa in 1976. The disease was named after a river in the Democratic Republic of Congo, then known as Zaire.

Human transmission is through body fluids, with the main symptoms being fever, vomiting, bleeding, and diarrhoea.