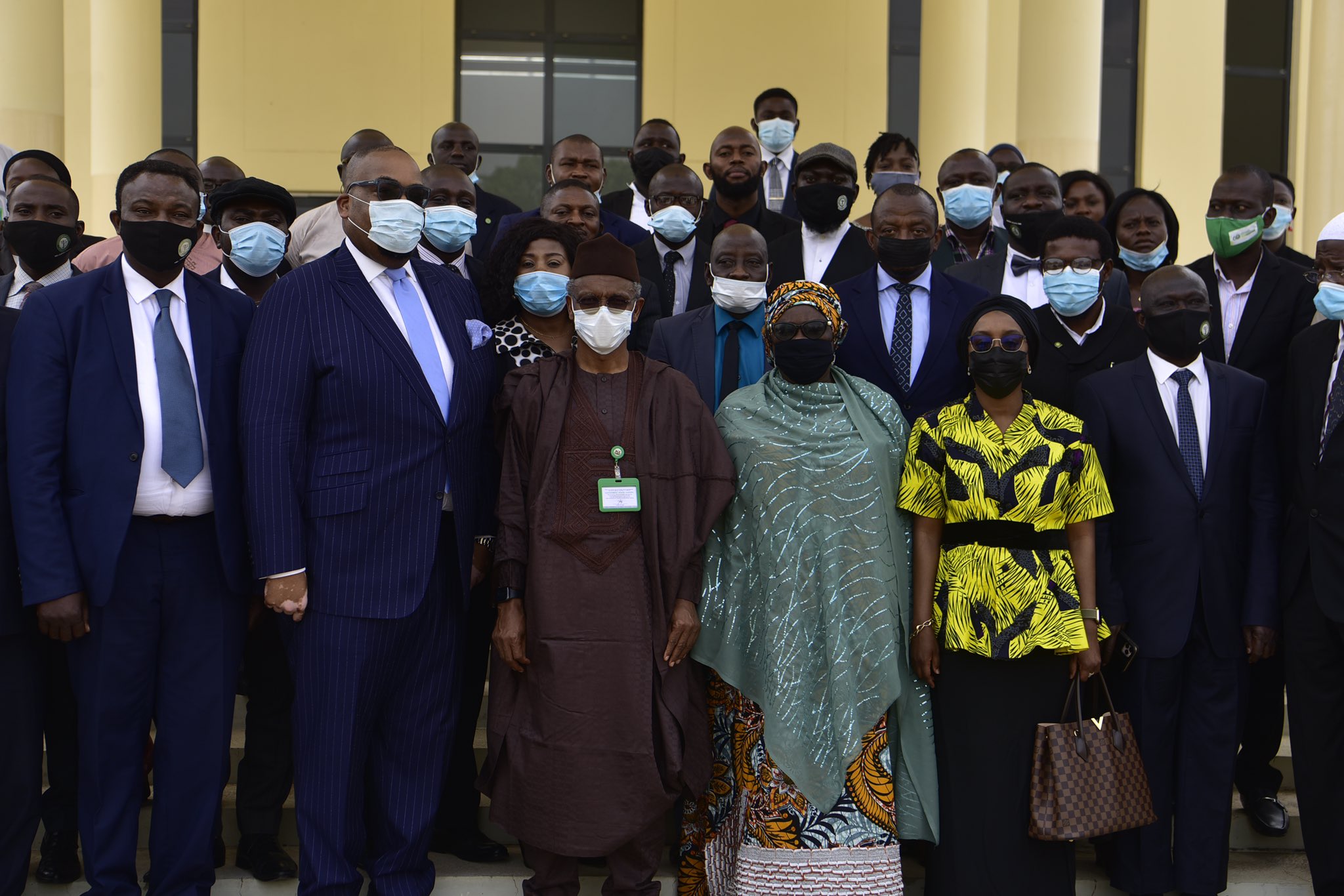 Olumide Akpata, president of the Nigerian Bar Association (NBA), led his team on a visit to Nasir El-Rufai, governor of Kaduna state, on Tuesday.

The office of the governor announced on Twitter that the NBA team was hosted at the Kaduna government house.

The visit comes months after the NBA had withdrawn its invitation to the governor to speak at its annual general conference.

The invitation was withdrawn following an outcry by some lawyers who said the governor stands against what the profession represents.

“The National Executive Committee of the Nigerian Bar Association at its ongoing meeting resolves that the invitation to the Kaduna State Governor, H.E. Nasir El-Rufai by the 2020 Annual General Conference Planning committee be withdrawn and the decision communicated to the Governor,” the NBA had written.

The governor had reacted by saying that despite the withdrawal, he will continue to make his voice heard on how the country can move forward.

He had also described the development as a “disregard for the rule of law”.

“It bears noting that in its response to pressure, the NBA leadership has signalled an unfortunate embrace of injustice, unfairness, absence of fair hearing and total disregard for the rule of law,” Muyiwa Adekeye, the governor’s spokesperson, had said.

But with the visit of the NBA leadership to the governor, it appears the controversy is now water under the bridge.

Some Nigerians on social media have reacted with varying points of view.

Here are some of the reactions.