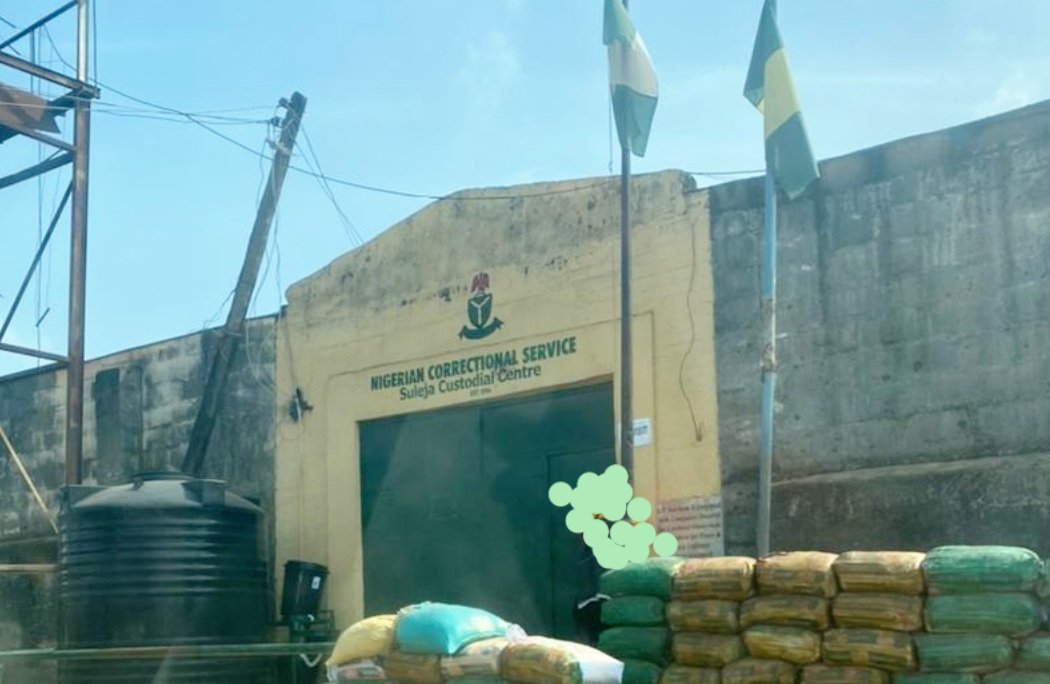 About 100 Nigerians arrested during the 2020 nationwide End SARS demonstration against police brutality are languishing in prison.

They are currently in the custody of the Nigerian Correctional Service (NCoS), precisely Suleja Custodial Centre.

Three things are unclear: if they were arrested from Abuja or other states; if they were armed or violent as at the time of arrest; if they have been secretly tried in court.

A source who visited the facility recently said that some of the detainees have not spoken to their family.

The citizen, who spoke on the condition of anonymity, also complained that the prison is overpopulated by 150 per cent.

“Please get the word out, the place is jam-packed. The capacity is 250 but inmates there are around 630,” he said.

“I don’t have the information of persons awaiting-trial and under-trial but I can confirm that about 100 End SARS protesters are there, mostly youths.”

The source described the situation as unfortunate and classified the categories of the detainees into three.

“There are those that have not been taken to court; the ones that don’t have lawyers; the ones yet to speak with their family members.

“The government must not continue to violate their fundamental rights. How can you just detain people whose relatives probably think they were kidnapped or are dead by now?”

The NCoS, Enobore explained, does not determine “who comes to the custodial centre, how they come, how long they stay and when they go.”

“We work on valid warrant. Anyone that comes to us with a valid warrant and the (affected) person is of age, we will take into custody.

“What we owe the individual is humane environment, training, capacity building, reformation and rehabilitation if the person is a convicted inmate.

“Sometimes, these services are extended to awaiting-trial inmates if is convenient to do so. At the expiration of the term written on the warrant of a convict, the person is released.

“For an awaiting-trial person, it will also be written on the warrant when such a person should be reproduced in court, this is called reproduction warrant. Then we take person to court.

Asked to clarify the status of the End SARS protesters, Enobore said their cases should be in court “if it is true”.

“For those that have lawyers, lawyers will be working on their cases. What will lead to adjournment is not within the control of the correctional service.”

Asked to disclose if the police took the citizens there, Enobore explained that it was not a single security agency that made the arrests.

“You know, during End SARS, there was a time a Joint Task Force was constituted due to the infractions and riots. So, it may not be proper to say it was only the police.”

Further asked to confim if their detention is backed by a warrant, the spokesman answered in the affirmative.

“Of course, with warrant…duly signed warrant. Whoever arrested them may not even matter as much as the warrant that took them there.

“We now have plethora of law enforcement agencies that have arresting power and also retain prosecutorial power.

“What is important is you must process the person through a court of competent jurisdiction that will issue warrant.”

However, Enobore stated that the correctional service does not keep people arbitrarily.

“There is not such thing in Nigeria that you just catch somebody and throw the person into prison. The order must pass through the court.”

There are threats to Nigeria’s corporate existence – Osinbajo