Today, January 15, is set aside by the Nigerian Government as Armed Forces Remembrance Day (AFRD) Celebrations to honour Nigerian fallen heroes who sacrificed their lives for the good of the nation.

It was formerly marked on 11 November of every year to coincide with the Remembrance Day (Poppy Day) for the World War II veterans in the British Commonwealth of Nations, before it was changed to 15 January in commemoration of the surrender of Biafran troops to the Federal troops on 15 January 1970 thus signaling the end of the Nigerian Civil War.

Nigerians on have taken to different platforms on social media to honour the fallen heroes who lost their lives protecting the country.

It’s a day to consciously be thankful & prayerful to the men & women of the Nigerian armed forces who lost their lives while protecting the country.

May their souls Rest In Peace!

Happy Armed Forces Remembrance Day to all the brave men and women that have dedicated their lives to keeping the peace of the Federal Republic of Nigeria. Thank you for the selfless service… To our Fallen Heroes, words are not enough. We remember you. 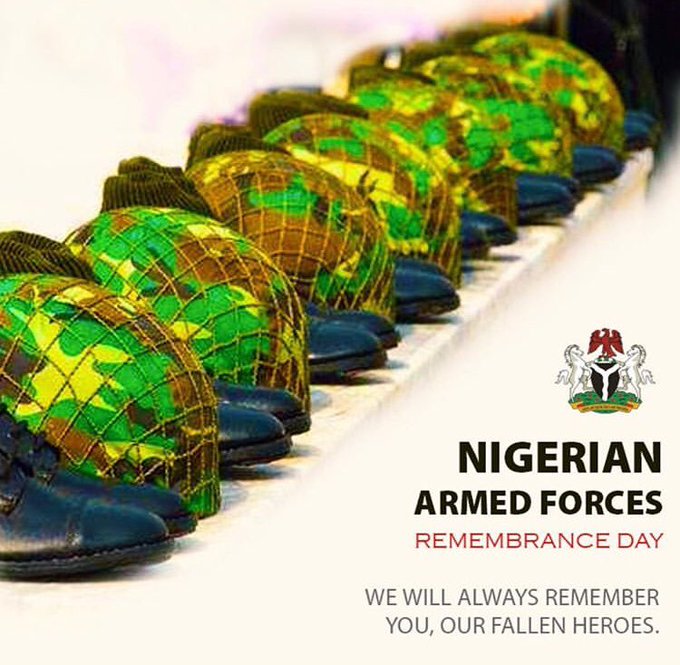 Coronavirus: How Italian fell ill in Ogun before being rushed to Lagos

Italian who brought coronavirus to Nigeria traced to Ogun

This site uses Akismet to reduce spam. Learn how your comment data is processed.