Over 10 Killed, Houses Burnt In Fresh Attack On Plateau Village 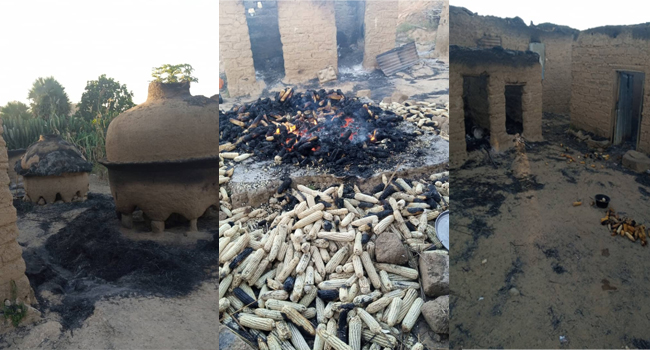 No fewer than 10 persons including children have been killed while others have sustained injuries in an attack on Te’egbe village of Miango District in Bassa Local Government Area of Plateau State.

Suspected herdsmen were said to have invaded the community in the early hours of Friday, setting houses ablaze, maiming and killing residents in the process of the attack.

According to him, apart from the 10 bodies recovered so far, others are still missing.

Meanwhile, Governor Simon Lalong has condemned the attack on the village, saying the criminals are bent on instilling fear, pain and sorrow on the people with a view to destabilising the state and making fortune from their criminality as well as rupturing the substantial peace attained.

According to a statement signed by the Director of Press and Public Affairs to the Governor, Simon Makut, security agencies have been directed to deploy personnel and everything at their disposal to arrest those who carried out the attack no matter how long it takes.