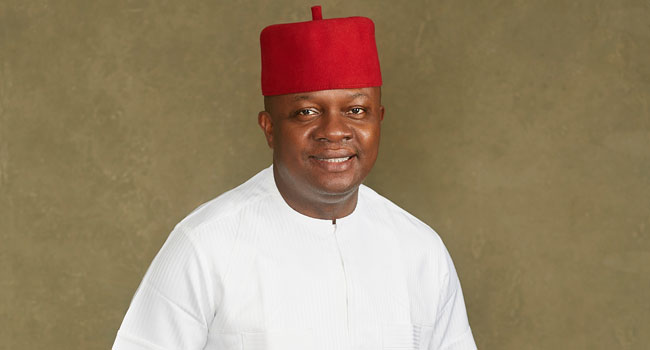 The Peoples Democratic Party (PDP) candidate, Mr. Valentine Ozigbo has expressed worry over the poor internet connectivity experienced by voters in the use of the Bi-modal Voter Accreditation System (BVAS) machine.

Mr. Ozigbo decried that it took him over 20 minutes to casts his vote and wondered what other voters would experience in various parts of the state.

Ozigbo had cast his vote at Social Centre, Unit 010, Amesi, Aguata Local Government Area, where he spoke to journalists.

He seized the opportunity to call for an extension of voting period, especially as voting is said to be ending at 2:30pm. He called on eligible voters to come out and exercise their franchise, assuring them of their security.

He further decried late arrival of materials at Awka South, Orumba North, other parts, and urged INEC officials to ensure materials get to those areas to avoid disenfranchising voters.