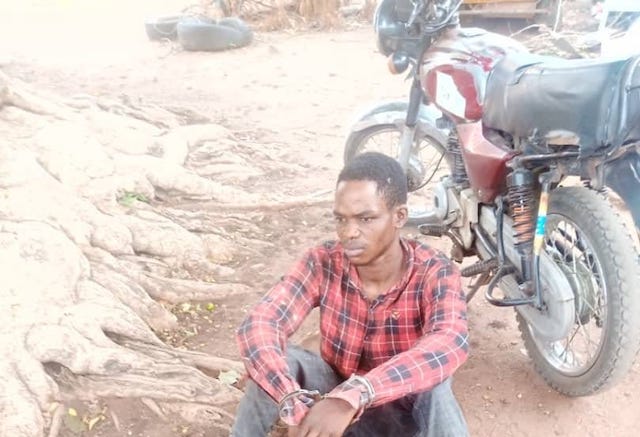 The Police authorities have arrested a man who hid a fresh human head and hands in a bag in a commercial bus travelling from Ajase-Ipo to Ilorin, the Kwara State capital.

According to the Police Public Relations Officer in the state, SP Okasanmi Ajayi, the suspect, Kehinde Moses, confessed to having killed the victim, Mohammed, for ritual purposes in Ajase-Ipo, Irepodun Local Government Area of the state.

Ajayi said the suspect was apprehended on Monday after police operatives stopped the vehicle for search on the road, adding that Moses’ accomplice escaped.

The Commissioner of Police in the state, CP Mohammed Bagega, while reacting to the arrest, directed the homicide section of the state criminal investigation department to thoroughly investigate the case and arrest anybody connected to the heinous crime. While warning criminals to vacate Kwara State, he noted that the Command would deploy all legal means to deal with them.

Insecurity: Service Chiefs To Appear Before Senate On Thursday