HomeWORLD NEWSProtesters break into US congress over electoral votes, whisk VP Pence away 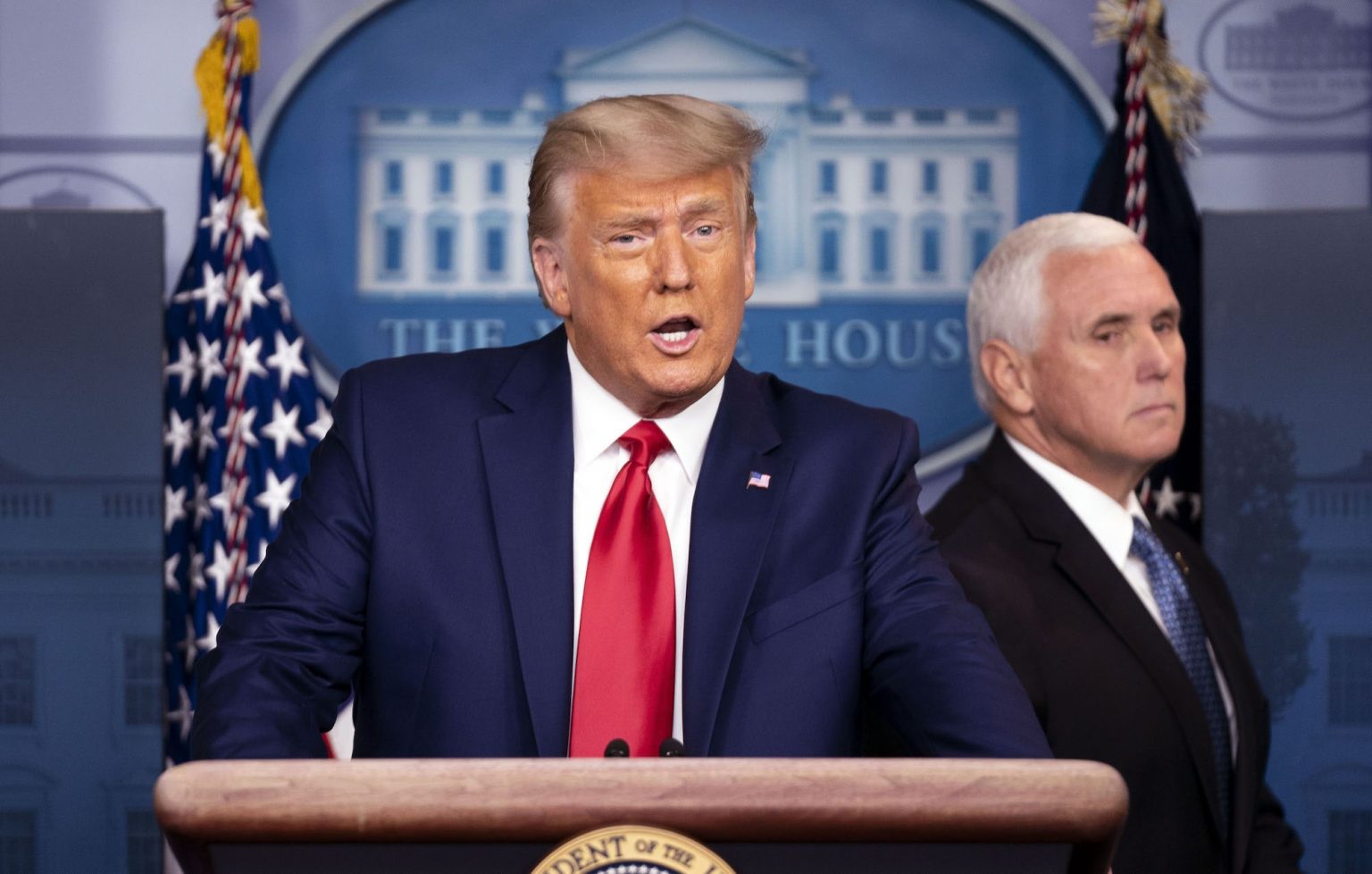 Vice-President Mike Pence was ushered out of the senate chamber on Wednesday as protesters laid siege to the US congress during the ratification of the November 3 presidential election.

The protesters trooped to the congress shortly after President Donald Trump encouraged them to do so.

According to NBC, a police officer on the third floor of the building advised people to take shelter because protesters had got inside.

Senators were locked inside their chamber on the second floor of the Capitol building and protesters wearing Trump “Make America Great Again” hats and carrying flags were seen gathering outside the chamber doors, the news outlet said in its report.

Pence, who is the head of the American senate, has come under intense pressure from Trump to scuttle the ratification of the November 3 election.

Earlier on Wednesday, Trump charged Pence to upturn President-elect Joe Biden’s victory, saying it takes “extreme courage” to do so.

But in a statement shortly before he walked into congress, Pence said only lawmakers can decide whether to accept the certified results of the election or not.

“Some believe that as Vice President, I should be able to accept or reject electoral votes unilaterally,”Pence had said.

“Others believe that electoral votes should never be challenged in a Joint Session of Congress. I believe neither view is correct.

“Four years ago, surrounded by my family, I took an oath to support and defend the Constitution, which ended with the words ‘So help me God’.

“When the Joint Session of Congress convenes today, I will do my duty to see to it that we open the certificates of the Electors of the several states, we hear objections raised by Senators and Representatives, and we count the votes of the Electoral College for President and Vice President in a manner consistent with our Constitution, laws, and history.”