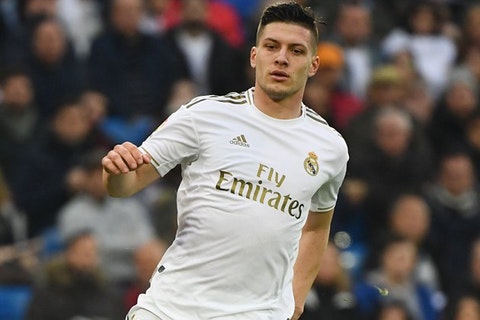 Real Madrid is loaning striker Luca Jovic back to Eintracht Frankfurt having paid out 60 million euros to the Bundesliga club in order to secure the Serb’s services on a six-year contract in 2019.

He told Sky television: “Luka Jovic is being loaned to us until the summer. We still have to sort out a couple of details like for example his medical.

“If everything is in the order he will be back with us very soon.”

Jovic was high on Real’s shopping list after he had lit up 2018/2019 Bundesliga season with 17 goals.

But the 23-year-old was unable to match the hopes Real had for him as he struggled to fit in alongside the club’s established striker Karim Benzema.

He has started only three games this season, and come off the bench in two others, without scoring a goal.

He heads back to Germany with a tally of two goals and two assists in 32 games since his arrival in Spain, all competitions included.

Jovic rejoins a Frankfurt side that are ninth in the Bundesliga, with 23 points from 15 games.