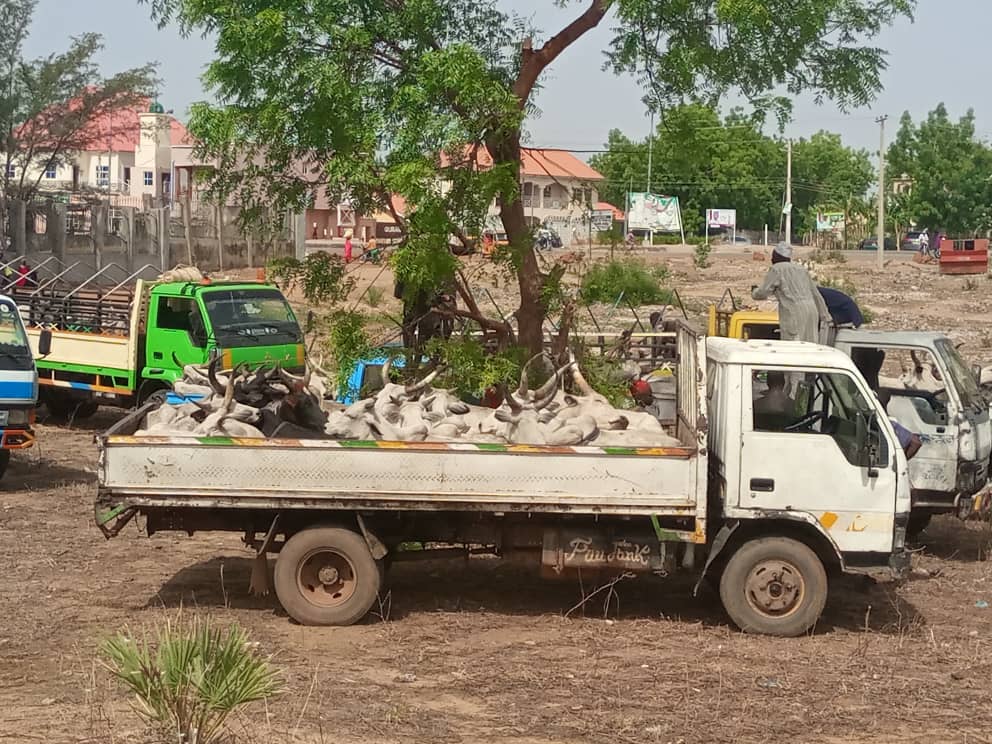 One hundred and fifty-five rustled animals have been recovered by the Joint Taskforce Component of the Operation Hadari Daji at the Jageme in Magami District of Gusau Local Government Area of Zamfara State.

The Deputy Force Commander of the Joint Taskforce in the Northwest geopolitical Zone, Abubakar Abdulkadier said they got credible intelligence that animals have been rustled which they instructed their troops to lay ambush and that led to the recovering of the said animals.

Cattle rustling is one of the crimes that started to surface in Zamfara State for over one decade now, which the Security agencies have been working hard to flush out.

These animals that are in about twelve trucks are said to have been rustled by some criminals and were sold to some persons at Yartasha market in Magami District of Gusau Local Government Area of the State.

They were recovered by the troops of the Joint Taskforce Component of Operation Hadari Daji after it received credible information about animals rustled in the area.

The troops have been trailing the rustled animals for the past five days before they finally and successfully recovered them on Thursday night.

The Deputy Force Commander of the Joint Taskforce, Abubakar Abdulkadier had handed over the one hundred and fifty-five (155) rustled animals to the chairman Committee for Recovery of Rustled animals in Zamfara State.

told journalists that the committee received one hundred and fifty-five rustled animals from the Joint Taskforce Component of Operation Hadari Daji.

The Deputy Force Commander of the Joint Taskforce, Component of Operation Hadari Daji, Abubakar Abdulkadier said investigations are ongoing to apprehend the buyers and sellers of the rustled animals.