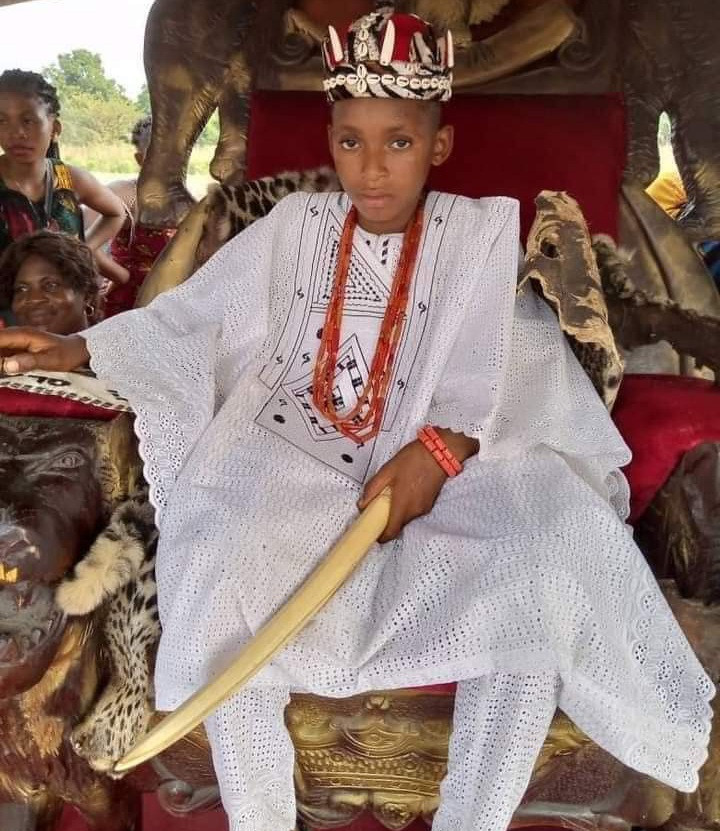 A boy, Oyeachonam Okonkwo, 10, has become the youngest king in Igboland after he was crowned following his father’s death.

His father, Igwe Akuebisi, the Olame 1 Of Iyiora Anam. Anambra state was buried in December 2020 and the boy was crowned on Thursday, January 7, 2021.

His father, the former Igwe

The boy was crowned the Igwe Olanme II of Iyiora Anam.

1544 cases of COVID19 recorded in Nigeria