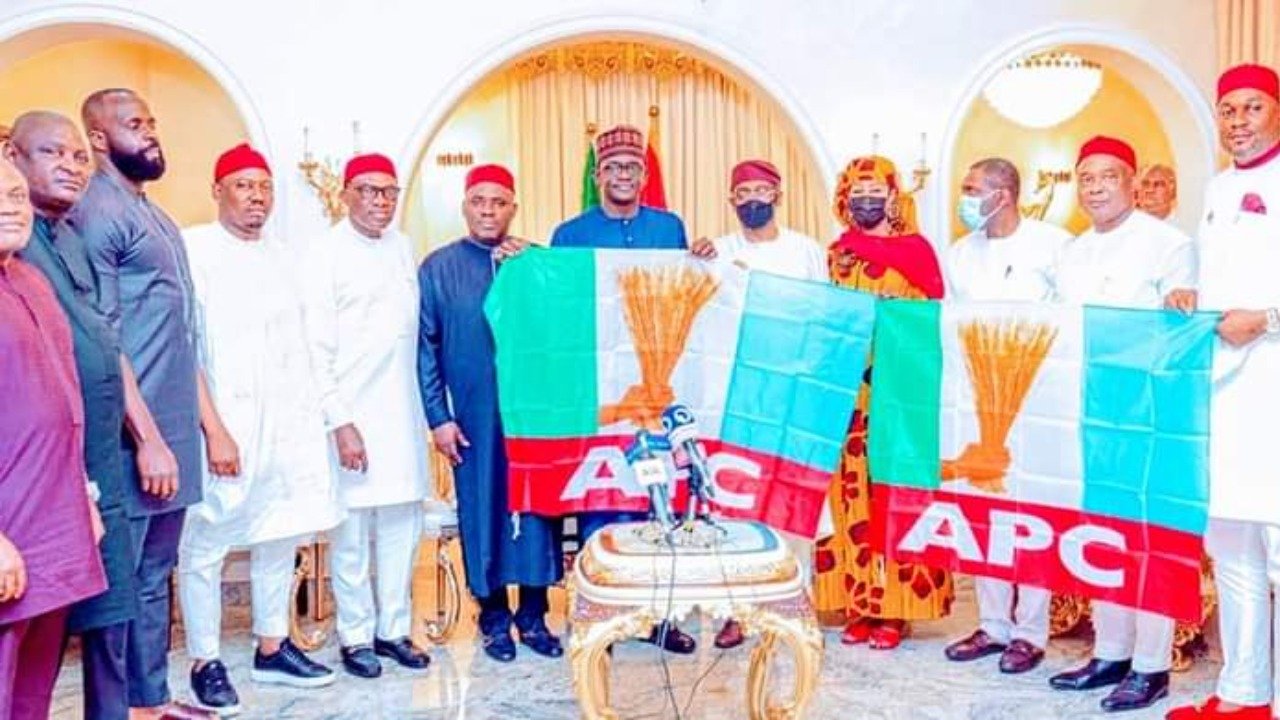 Eleven Anambra State lawmakers from the Peoples Democratic Party, (PDP) and the All Progressives Grand Alliance, (APGA), have shifted their loyalty to the ruling All Progressives Congress, (APC).

The defectors include five serving and four former House of Representatives members, as well as, two members of the Anambra State House of Assembly. They were all received by the Chairman, APC Caretaker Extraordinary Convention Planning Committee, Mai Mala Buni on Thursday.

Mamman Mohammed, Director-General Press and Media Affairs to Governor Buni disclosed this in a statement issued to newsmen.

In the statement, Gov. Buni congratulated the new entrants saying, they made the right decision by joining the National Party and bringing their people to the national movement.

“You have taken the right decision at the right time. You will enjoy all the rights and privileges of the party,” Buni assured.

The defectors eulogized Governor Buni for giving APC the required leadership and taking the party to greater heights.

They promised to deliver their constituencies to the party in the forthcoming Anambra governorship election.

Insecurity: Why I can never be in support of state policing – Gov. Zulum