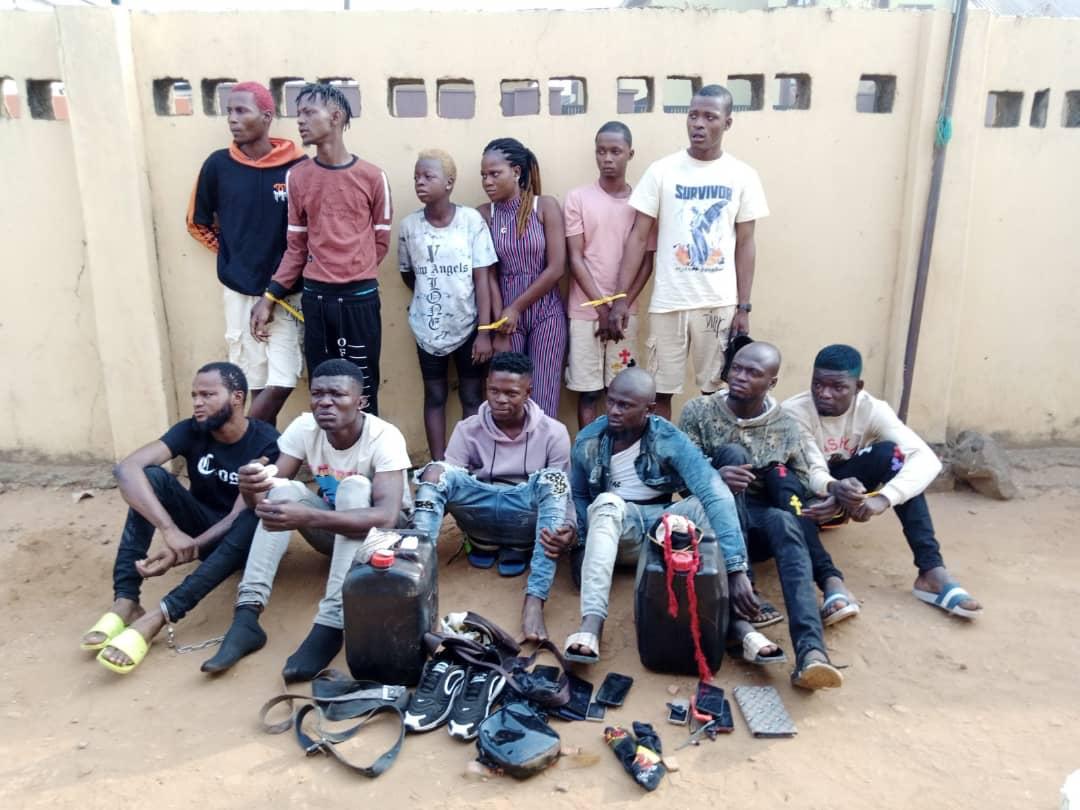 The Lagos State Police Command has arrested some suspected armed robbers and cultists on December 28, 2020.

One of those arrested, Taiye Lasisi, was found with a locally-made revolver pistol following a distress call from the Agunfoye area of Ikorodu, Lagos.

The police surveillance team attached to the Ikorodu Division of the Command proceeded to search other black spots in the area where 13 other suspected cultists belonging to Aiye Confraternity were arrested.

In another operation on the same day, the Akodo Division of the Command arrested one suspected cultist, Lekan Razak, while he was attempting to rob at No. 25, Ibomide Street, Ibeju Lekki, Lagos.

The suspect who confessed to being a member of Eiye Confraternity was arrested with a locally-made pistol and some live cartridges.

The suspects have been transferred to the State CID Panti, Yaba, on the orders of the Commissioner of Police, CP Hakeem Odumosu

FCTA threatens to shut down business premises of COVID-19 violators