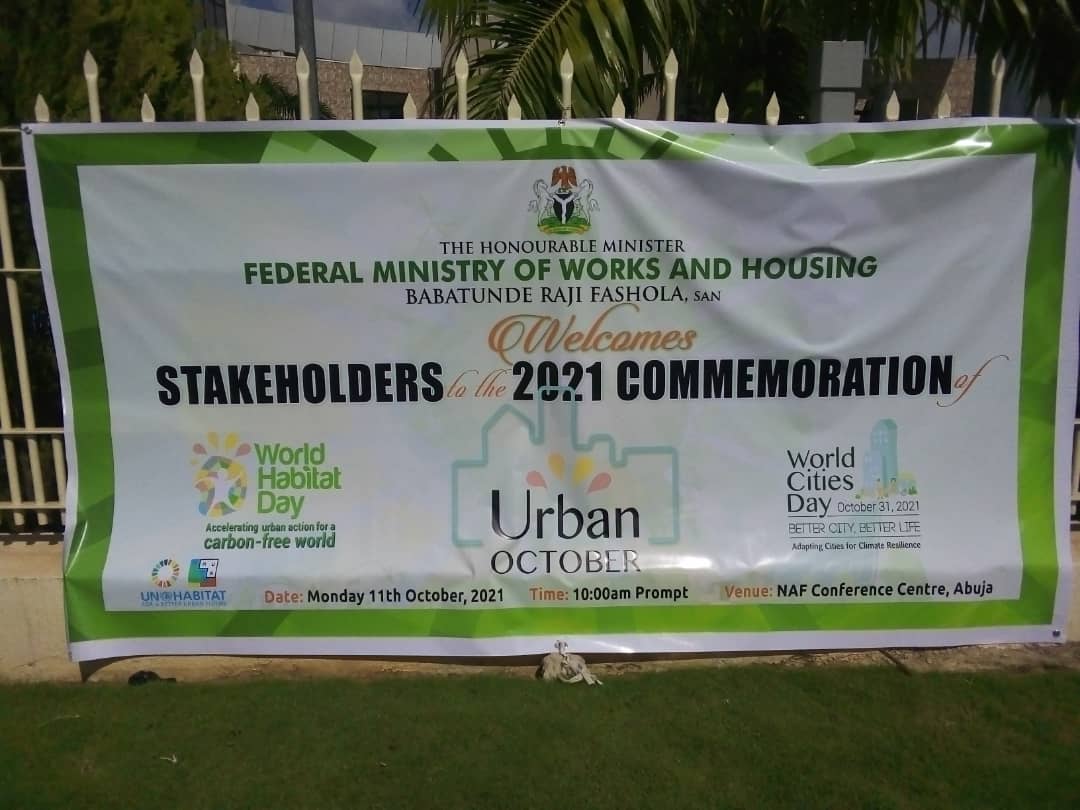 Fashola made the statement on Monday in Abuja when the ministry welcomed Stakeholders to the 2021 Commemoration of Urban October, with theme “Accelerating Urban Action For A Carbon-Free World”.

He said the event is to create awareness and highlight the benefits of Urban October activities as well as increase partnership for accelerated action in the pursuit for sustainable urban development.

The Minister who was represented by the Director Planning, Research and Statistic in the ministry, Jimmy Martins said Federal Government is taking steps to adapt cities in Nigeria for climate resilience through the on-going review of the Nigeria’s 2021 National Urban Development Policy.

He added that  government is committed to activating the Roadmap for Nigeria’s Housing and Urban Development sector.

Other steps being taken by the government were production of a National Land Policy; and National Physical Development plan to induce far reaching reforms in land administration in Nigeria.

The Secretary-General of the United Nations, Anthonio Guterres who spoke at the event, said as population grow in developing countries such as Nigeria, the demand for transport also increases and this accounts for the multiplication of nearly 20 percent of global carbon emissions.

He called on combined efforts of stakeholders to tackle the climate challenges the increased demand in the transportation sector brings.

The Secretary-General who was represented by Paul Okuola, United Nations Representative to Nigeria, postulated that by mid-century, over 1.6 million urban residents may have to survive through average summertime highs of 35 degrees Celsius.

He urged Nigerians to join hands together with the United Nation in harnessing the transformative potential of sustainable urban action for the benefit of the eco system.

Also speaking, the Permanent Secretary, Federal Ministry of Works and Housing , Babangida Hussaini, said the global commemoration calls for a collective action among countries to enable them to seize the opportunities and face the challenges of urbanization.

The permanent secretary who was represented by Director Human Resources, Umana Utono said Nigeria experienced rapid urbanization and this comes with several sustainability challenges which must be properly managed by adequate physical planning and environmental management.

The event also featured a drama display, presentation of  souvenirs and certificates to invited schools who competed in an Essay Competition marking the 2021 World Habitat Day.

In attendance were top government officials, stakeholders,  law enforcement agencies, members of the National Youth Service Corps (NYSC) amongst others.