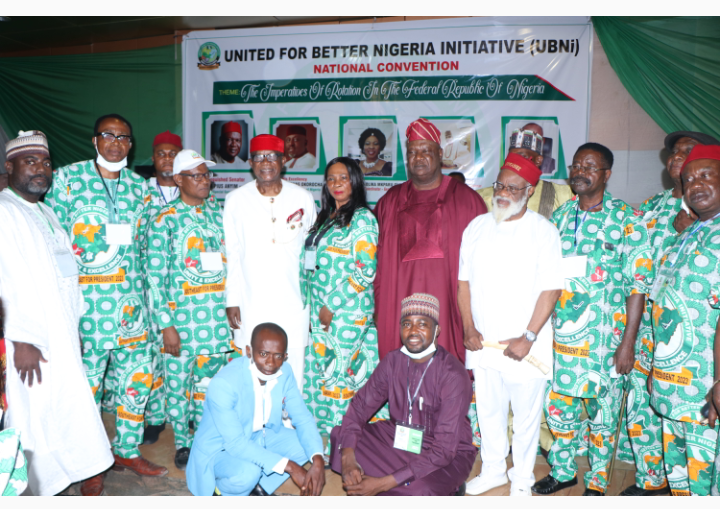 The former Governor of Anambra State, Chukwuemeka Ezeife, other stakeholders have advocated for South-East presidency as the next Nigeria’s general election draws near.

Ezeife was of the opinion that Nigeria need to allow the doctrine of federal character to prevail in the forthcoming 2023 general election, for her to stay united.

At the National Convention of United for Better Initiative (UBNi) with theme: “The Imperative of Rotation in the Federal Republic of Nigeria” held in Abuja on Saturday, Ezeife maintained that South-East should produce the next president, as this would make Nigerians from the region to have a sense of belonging in Nigeria’s democracy.

In his remarks, former Senate President, Senator Anyim Pius Ayim said that South-Easterners need to unite with other regions of the country, stating that it would facilitate the initiative.

He added that a persuasive approach needs to be adopted, encouraging Nigerians to acquire their Permanent Voter’s Cards and exercise their franchise in the forthcoming general election.

The Chief host and Coordinator- General of United for Better Initiative(UBNi), Mrs. Nkolika Mkparu-Okeke, said that South- Easterners were politically marginalized, as the region has not produced a president or elected as a flag bearer of a major political party since over a century, urging Nigerians to support South-East presidency coming 2023.

The National Secretary of UBNi, Sunny Igwe Okoro, said the action group was in the forefront of securing and encouraging South Easterners to show interest in the forthcoming 2023 presidential election.

Okoro said the group was formed in March 2019, to ensure that power is given to the South- Eastern part of the Country in the coming 2023 presidential Election.

The group’s national convention was aimed at sensitizing and mobilizing Nigerians to support all political parties to zone their presidential tickets and candidacy solely to the South- East region in 2023.

In attendance were the group’s National, Zonal, State coordinators and members, top government officials, politicians, academics, local communities amongst others.

THE SIGNATURE SHOW: NIGERIA AS A FAILED STATE - Enemy Prediction Or Reality?