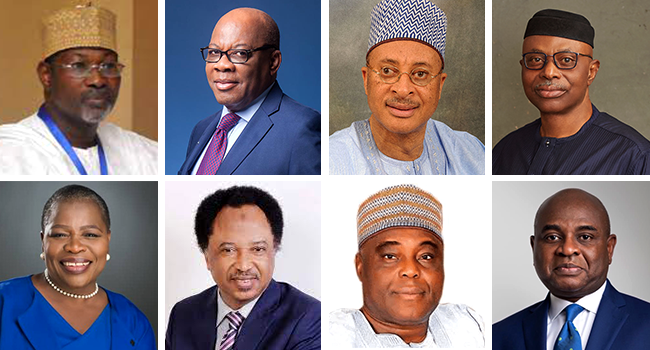 Over 30 political stakeholders and other prominent Nigerians have launched a political coalition to mobilise Nigerians ahead of the 2023 elections.

The coalition also seeks to engage the Federal Government to adopt the electronic transmission of results in Nigeria as part of efforts to ensure free, fair elections.

Professor of political economy and management expert, Pat Utomi, announced the formation of the coalition in a statement on Thursday.

The formation of the coalition was part of the resolutions of an emergency National Political Summit held on October 1 to discuss electoral challenges in the country.

Dr Olusegun Mimiko, Prof Kingsley Moghalu, Prof Chidi Odinkalu, and 55 other leaders participated in the Summit via zoom, while former Speaker of the House of Representatives Ghali Umar Naa’aba and PRP National Chairman Mallam Falalu Bello were among those who apologised for being “unavoidable indisposed”.

Professor Utomi, who is the Chairman of the coalition’s Local Organising Committee, explained the reasons behind its formation.

He said, “Against the background of the submissions and proposals of stakeholders, the Summit agreed to initiate an all-inclusive national political coalition to mobilise Nigerians, while engaging the Federal Government for the adoption of electronic transmission of election results in Nigeria and also to ensure that there is a collective mandate of all stakeholders towards the advocacy for other related electoral reforms in Nigeria so that the country does not end up with another Electoral Act that does more to undermine the integrity and credibility of the electoral process instead of improving it.”

He added that it was agreed at the summit that the manual/physical transfer of election results, described as “archaic, problematic and prone to abuse and infractions”, was one major factor and alibi for electoral malpractices and rigging in Nigeria.

“Consequently, Stakeholders across party divides and sectional lines, including civil society groups agree that the country is ripe and due for electronic transmission of election results to overcome at least 50 percent of the basis for electoral malpractices in Nigeria as asserted by the Independent National Electoral Commission, INEC,” he said.

“The summit agrees that Electronic Transmission of results is the way to go for Nigeria and all stakeholders across party and sectional lines must build a common front to do the needful in ensuring credible electoral reforms for Nigeria ahead of the 2023 elections.”