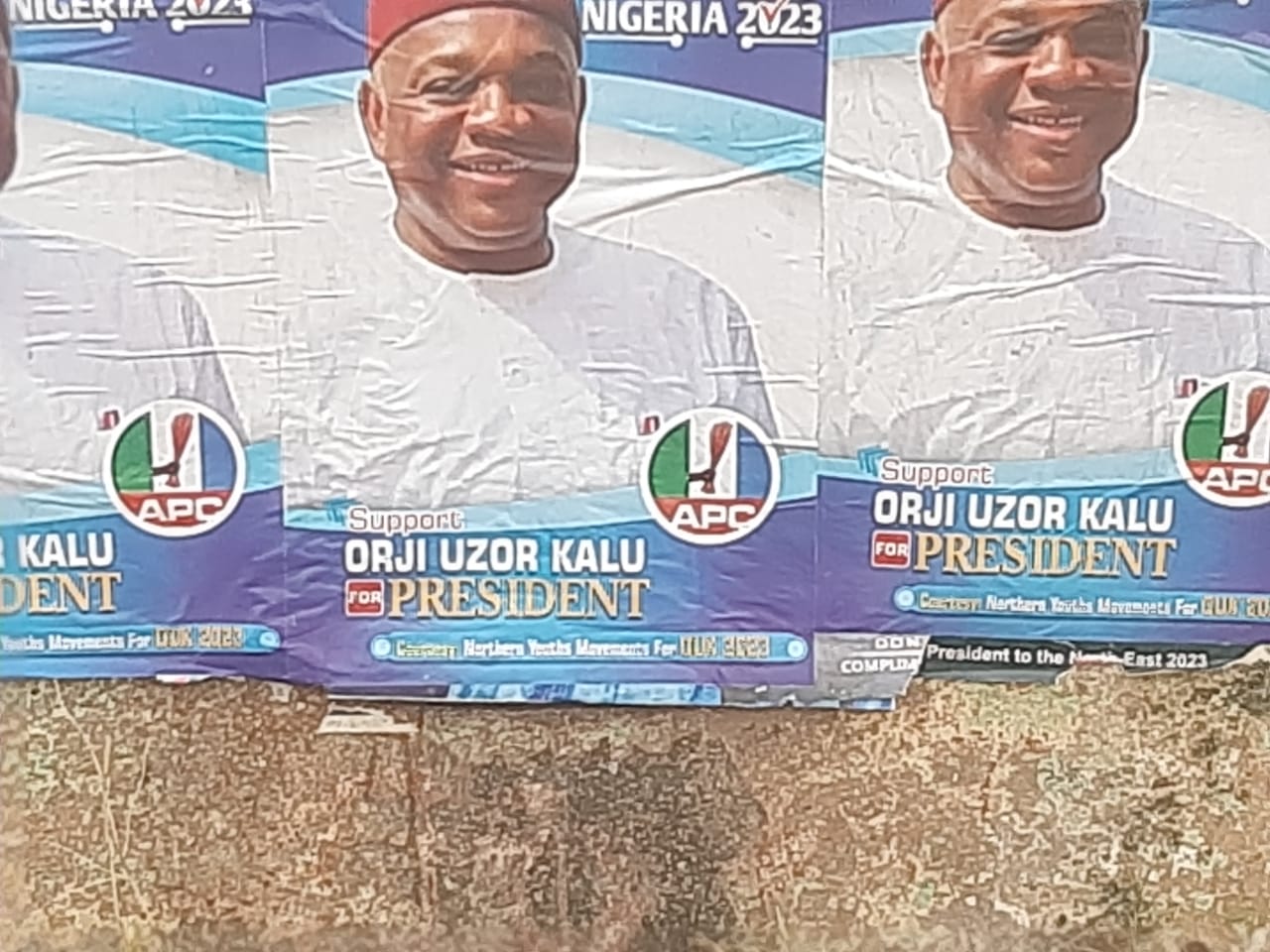 The Posters were sighted at places such as the Emirs Palace round about, Central Market, Awalah, fire service, jos road, several other roads and houses in the state.

It was learnt that the posters were posted by a political group known as Northern Youth Movement for Orji kalu who called on residents in the state to support the detribalised Nigerian who they said will unite the country and save the country from imminent disintegration.

The group noted that Kalu is the best presidential material in 2023, urging the ruling All Progressives Congress to commence a process of adopting him as the sole candidate of the party because of his managerial skill and experience.

Effort to get to speak to the Public Relations Officer of the All Progressives Congress Aliyu Jalla failed, but an official of the party who does not want his name mentioned because he is not authorized to speak said the party is yet to adopt a preside candidate.