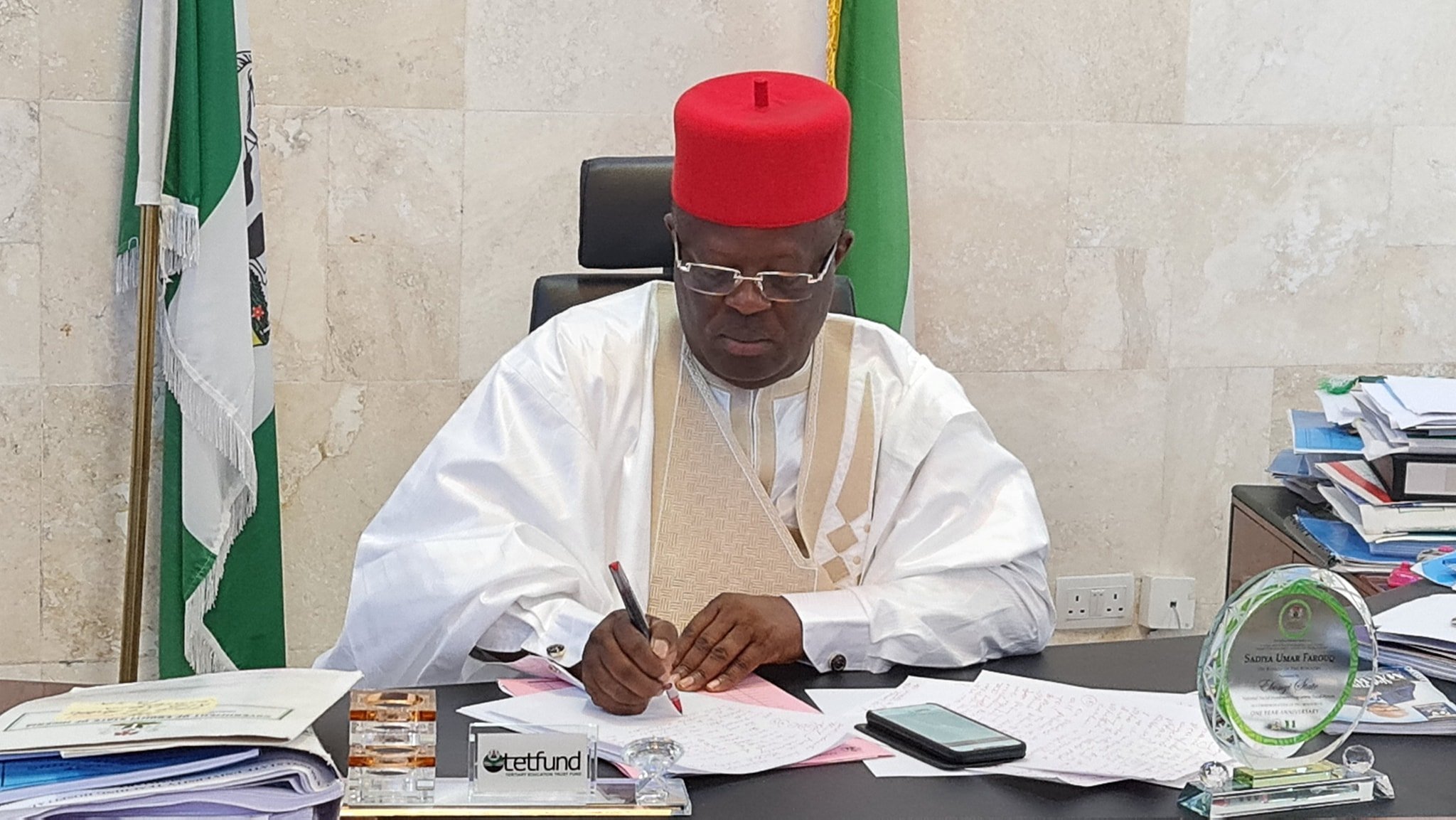 The Peoples Democratic Party, PDP, on Saturday described Governor Dave Umahi of Ebonyi State as being an attention seeker.

PDP made the remark while accusing Umahi of seeking imaginary presidential ambition.

In a series of tweets, the former ruling party said Umahi is confused having realized that he joined a “one chance bus.”

According to the main opposition party, the governor is currently floating politically.

The tweet reads: “The @OfficialPDPNig has described Governor Dave Umahi of Ebonyi state as an attention seeker, floating in imaginary presidential interests.

“The party said since Governor Umahi, out of his personal ambition, joined the @OfficialAPCNg, while still sitting on the mandate of the @OfficialPDPNig in Ebonyi state, he has become pathetically confused and disoriented, having realized that he joined a “one chance” bus, with strange and deceitful co-travelers.

“It is clear that Governor Umahi is now politically floating and seeks to use an unwarranted attack on governors elected on the platform of the @OfficialPDPNig to actualize his desperation for public relevance.

“PDP finds it very pathetic that, having mortgaged his conscience, over his self-confessed love for the oppressive administration of President @MBuhari, Governor Umahi is manifestly accommodating the daily incidences of killings, wanton destruction of property, kidnapping and other acts of terrorism going on in Ebonyi state and the nation at large under the @OfficialAPCNg.”

IGP Alkali charges police officers to get married to themselves