HomeNEWS2023: We must take over presidency or remain in opposition – Atiku, Ikpeazu

2023: We must take over presidency or remain in opposition – Atiku, Ikpeazu 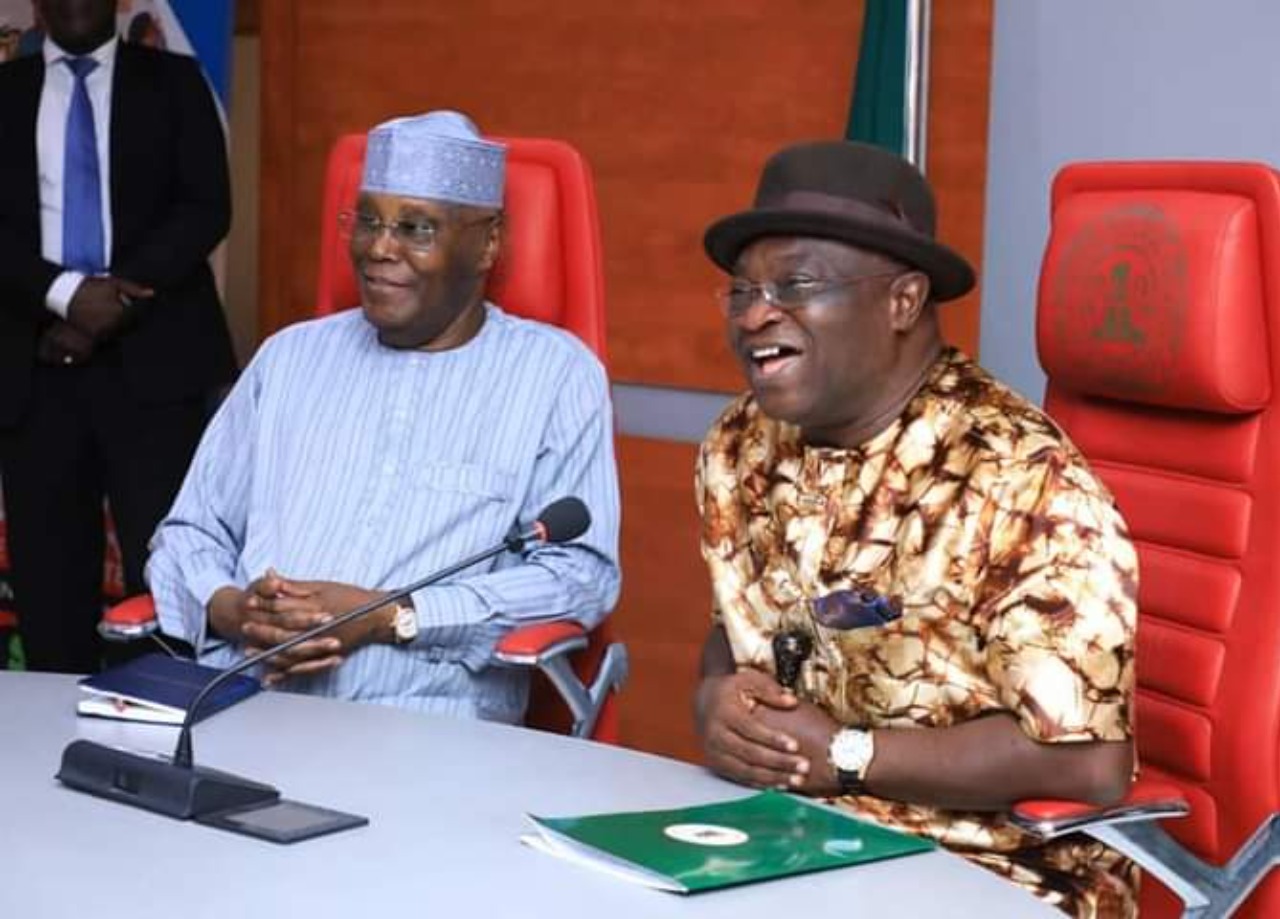 The Abia State Governor, Okezie Ikpeazu has re-echoed the call on the Peoples Democratic Party, PDP, to strengthen itself in order to take over the presidency of Nigeria in 2023 and rescue the country from the current grave insecurity and socio-economic challenges facing her.

He made the call while welcoming one of the PDP Presidential aspirants and former Vice President of Nigeria, Alhaji Atiku Abubakar, who paid him a courtesy visit in Government House, Umuahia.

It was contained in a statement by Onyebuchi Ememanka, the Chief Press Secretary to the Governor and issued to newsmen in Umuahia, the state capital on Monday.

Ikpeazu appreciated the support of the former Nigeria Vice President for the democratic ideals, as well as the major part he has played to unify the country.

He posited that Nigeria has drifted so much since 2019 as citizens today are asking for an opportunity even to live, confiding that Atiku must have done his research well about the situation of the country and how to recover it and wished him well in his consultations.

“The 2023 election is crucial as the party must decide whether to take over power at the centre or remain in the opposition,” he added.

2023 presidency: Tinubu, Osinbajo have no conscience, Igbo gods angry with them – Orji Kalu