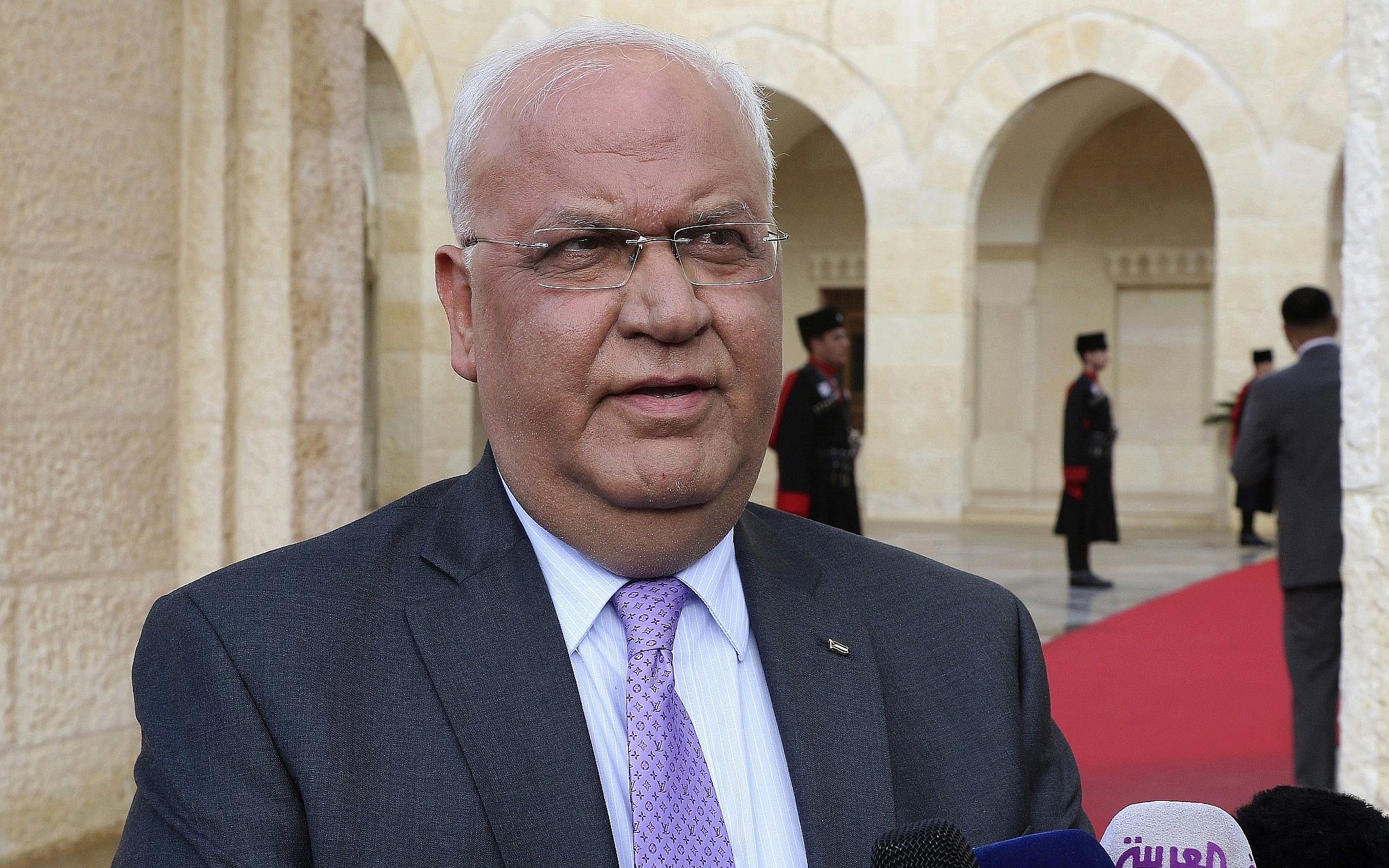 The 65-year-old died at Hadassah Medical Center in Jerusalem.

Erekat was secretary general of the Palestine Liberation Organisation (PLO) and an adviser to Palestinian Authority President Mahmoud Abbas.

He was the Palestinians’ chief negotiator in peace talks with Israel for the past two and a half decades.

Erekat helped negotiate the landmark Oslo Accords in 1993, which created the Palestinian Authority and gave Palestinians limited self-governance in the West Bank and Gaza Strip for the first time since Israel occupied the territories in 1967.

He announced on 9 October that he had tested positive for coronavirus but his condition deteriorated and he was transferred to the Israeli hospital from his home in Jericho in the West Bank 10 days later.

Doctors said that treating him was a “huge challenge” because he had undergone a lung transplant three years ago and had a “weakened immune system and bacterial infection, in addition to coronavirus”.

Before his death he was put on a ventilator and placed in a medically induced coma.

Erekat was a proponent of the so-called two-state solution – an independent Palestinian state alongside Israel – to the Israel-Palestinian conflict, and recently condemned moves by Arab states to normalise relations with Israel without it.

He called the UAE’s decision in August to formalise ties with Israel as “a killer to the two-state solution” and said the US was “part of the problem and becoming more irrelevant in the Middle East” over its support for Israel under President Donald Trump.

Erekat also called for international sanctions on Israel over its occupation of the West Bank, East Jerusalem and the Gaza Strip, and for a boycott of Israeli companies operating in the occupied territories.

His face was instantly recognisable. In the past three decades, when Palestinian and Israeli leaders met – in Madrid, Oslo, Washington, Camp David or Jerusalem – Saeb Erekat had a prominent place on negotiation teams.

As a fluent English speaker, he often briefed international diplomats and journalists, summoning us to his office in Ramallah or his home in Jericho.

Palestinians will feel his loss deeply at a time when relations with Israel are at a new low – and prospects for the creation of an independent Palestinian state, the goal of his life’s work, look increasingly dim.

However, on social media, some have also commented bitterly on the fact he died in an Israeli hospital.

In recent months, Saeb Erekat was closely involved as the Palestinian leadership decided to halt its long-standing co-operation with Israel on security and civil matters in response to its plans to annex parts of the occupied West Bank.

This meant the Palestinian Authority had stopped arranging transfers of ordinary Palestinian patients to East Jerusalem and paying for their treatment in Israel.

Saeb Erekat was born in Jerusalem in 1955, but grew up in Jericho.

In 1972, he moved to the US for university, earning bachelor’s and master’s degrees in international relations from San Francisco State University.

He returned to the West Bank to teach at Al-Najah University in Nablus, before winning a scholarship to do a PhD in conflict resolution and peace studies at the University of Bradford in the UK.

After graduating in 1983, he began writing articles for the Palestinian newspaper al-Quds that called for dialogue between Palestinians and Israeli academics. He also invited Israeli students to attend his lectures at al-Najah.

Both moves caused considerable controversy at the time.

Erekat began a new career as a peace negotiator in 1991, when he was asked by the late Palestinian leader Yasser Arafat to be vice-chair of the Palestinian delegation to the Madrid Conference – an unprecedented summit between Israel and its Arab neighbours.

After helping to craft the historic Oslo peace accords of 1993 and 1995, Erekat became chief Palestinian negotiator.

He attended the Camp David summit with Arafat in 2000, represented the Palestinians at the Taba Negotiations in 2001, and worked with Arafat’s successor Mahmoud Abbas at the Annapolis Conference in 2007.

All of the meetings ended without agreement on the “final status” issues that the Oslo accords had left aside for later negotiation, such as borders, Jerusalem and refugees.

In 2009, he was elected to both the PLO Executive Committee – its top decision-making body – and the Central Committee of Mr Abbas’ Fatah movement. Six years later he became the PLO’s secretary general.

Erekat had grappled with health problems for several years. He suffered a heart attack in 2012, and underwent a lung transplant at a hospital in the US state of Virginia in 2017.

He was married, and had four children – twin daughters and two sons.