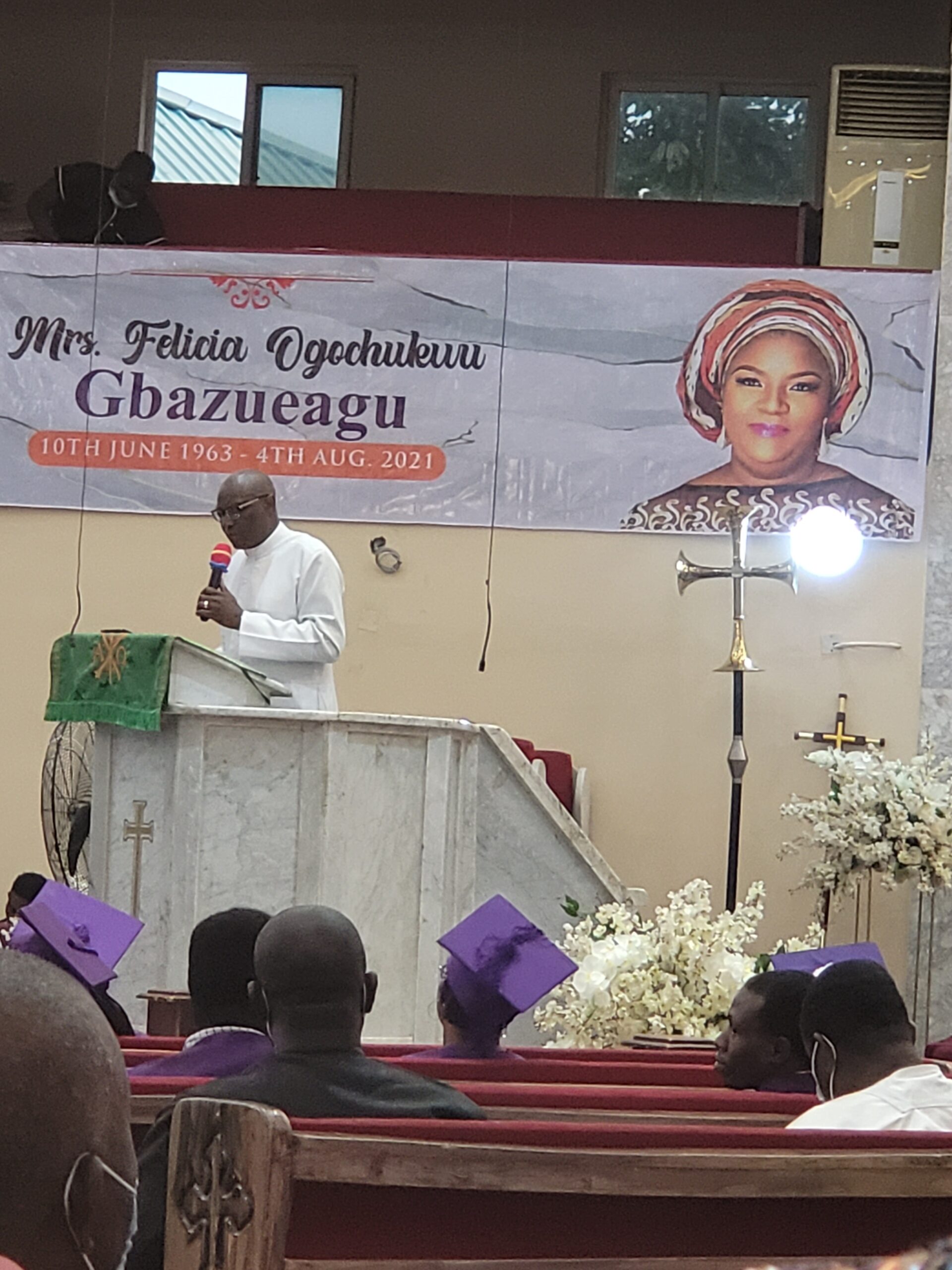 Mrs Felicia Gbazueagu, wife of Gbazueagu Nweke Gbazueagu who passed away in a London Hospital on the 4th of August, 2021 started her journey home on Monday 20th September, 2021 with a Commendation Service at St Mathews Anglican Church, Maitama Abuja.

The Service of songs which featured hymns and lessons from the Bible had Venerable Oludare Otoki deliver the sermon.

Quoting from the book of Romans, Chapter 8, Verse 18 “For I reckon that the sufferings of this present time are not worthy to be compared with the glory which shall be revealed in us” he called on all to be comforted by the promise that we have a home prepared for us in heaven.

However he admonished all to lead a good life to be able to claim that promise, saying because no one knew when death would come, one had to be ready at all times.

In a tribute her daughter Ada described her mother as an exceptional and exemplary mother who brought joy and kindness to all.

In his vote of thanks Gbazueagu Nweke Gbazueagu thanked everyone that attended the Service of Songs especially the Committee of Friends that put together the event and urged all to continue to pray for the family.

The highlight of the service was a short TV documentary on the life and times of Mrs Gbazueagu.

Here are pictures from the event