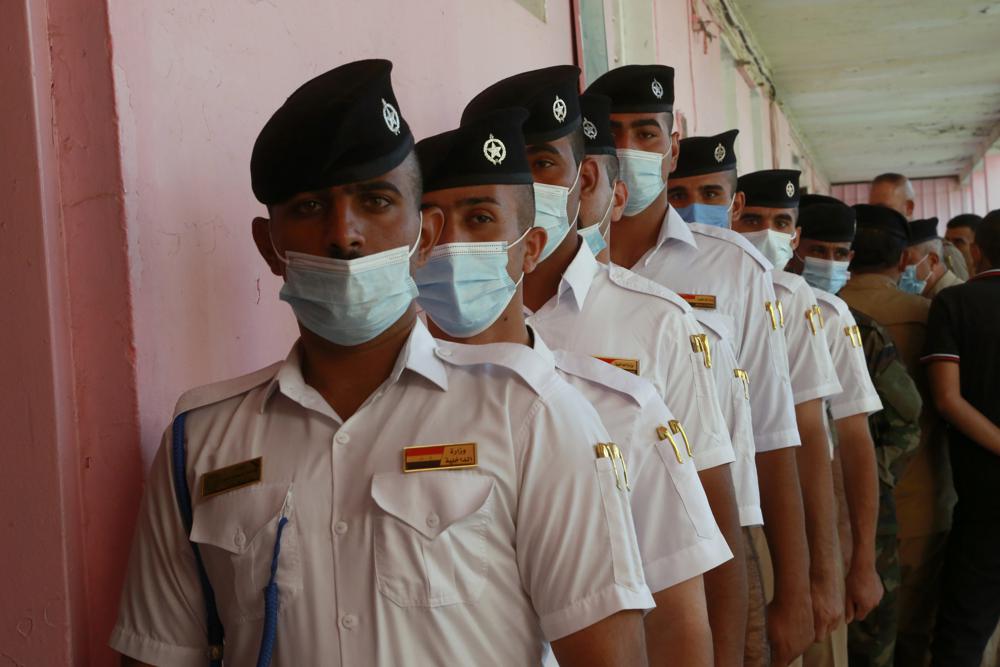 Brought forward in response to months-long street protests, this election is the second of its type since Iraq declared a military victory over the Islamic State almost four years ago.

Other eligible voters are to head to polls across Iraq on Sunday to elect the 329-strong legislature, with a quarter of the seats allocated for women.

More than 250,000 security personnel had been deployed to secure polling stations across Iraq, according to senior security official Saad Maan.

While cells of the Islamic State extremist group remain active and regularly carry out attacks in parts of Iraq, they were, however, weakened after being defeated in Iraq and Syria.

Mass street protests erupted in Iraq in October 2019 with Demonstrators calling for the government to resign, the dissolution of parliament, and an overhaul of the country’s political system, which has been in place since the 2003 U.S.led invasion.

Last year, incumbent Prime Minister Mustafa al-Kadhimi called for early parliamentary elections. The mandate of the assembly, elected in 2018, was due to expire in 2022.

‘Its sacrifice’ – Joe Igbokwe reveals why his house was burnt do...

Joe Igbokwe, a chieftain of the All

The Supreme Court has affirmed the appointment

CBN to monitor Fintechs, manage risks associated with their operations