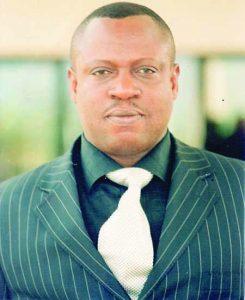 NEWS
A former member of the Federal House of Representatives, Ikemba USA Igwesi, has condemned the threat by the federal government to impose state of emergency in Anambra State, insisting that Anambra state government, her agencies, service providers and all the democratic structures in the state are fully active and functional and as such does not require declaration of state of emergency.
Igwesi who spoke in Enugu observed that the security situation in the state has not met the requirement and indices for declaration of state of emergency.  According to him, “the security situation in Anambra state has not detoriated to that level and is far less than what we have in states like Borno, Taraba, Kastina, Benue, and Kaduna and the federal government not issued such threat or imposed emergency rule”.
He further stated that section 305 of the 1999 constitution as amended, stipulated conditions for the declaration of state of emergency in the country or any part of the country, saying that for now there is no breakdown of public order or public safety in Anambra, except pockets of activities of hoodlums who may have been thrown up because of the forth coming election in the state by political gladiators.
The former leader of Enugu State House of Assembly insisted that there is no public danger which constitutes a threat to the existence of Nigeria or to the forth coming election in the state and contemplating such a measure of last resort on any part of the country now is an indictment on the federal government for not living up to it’s constitutional role of protecting lives and property.
He however called on the Governor of Anambra State and other states with security challenges to look beyond the federal government ssecurity arrangements and begin to midwife a formidable security outfit that will be on the ground.
Igwesi advised Governor Obiano to summon a security summit involving leaders of all political parties, major stake holders and security agencies in with the aim of finding a lasting solution to the security challenges in the state.
Share this story