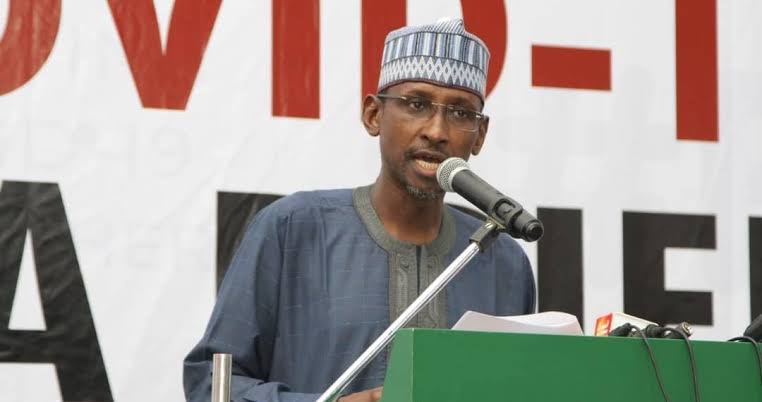 Four hundred and seventy six health workers have contracted COVID-19 in the Federal Capital Territory (FCT) since the first case was recorded in February.

Anthony Ogunleye, spokesman for the FCT Minister, Mohammed Bello, made the disclosure in a statement yesterday.

According to the statement: “Since the first case of COVID-19 was recorded in the FCT, a total of 476 health workers inclusive of doctors, nurses, pharmacists, laboratory staff, drivers and other auxiliary personnel have been infected by the virus. Of this figure, a total of four doctors have succumbed to the disease, the latest, a female doctor from Gwarimpa hospital passed on over the course of the week. There has not been any other recorded fatality of health personnel over the last one week.”

Ogunleye said fatalities recorded from some health workers did not affect the service delivery of hospitals in the FCT, dismissing the report that hospitals were running skeletal services owing to the death of 20 doctors.

The statement added that all laboratory and pharmaceutical services in the territory are fully operational and all clinics would resume after the Christmas holidays.

Meanwhile, the Nigerian Medical Association (NMA), Plateau State chapter, has attributed the second wave of COVID-19 to poor and non-adherence to non-pharmaceutical guidelines.

Dr. Innocent Emmanuel, the chairman, who disclosed this in an interview with the News Agency of Nigeria (NAN) in Jos, said it was evidence that places, where people adhered to the guidelines, had lesser cases.

Emmanuel pointed out that it was pertinent that the populace go back to the basics of ensuring compliance and adherence to the COVID-19 safety protocols, as a way of mitigating various challenges that come with the virus.

“We need to go back to the basics by ensuring adherence to the COVID-19 non-pharmaceutical guidelines, as we cannot afford another lockdown and the economic challenges that come with the pandemic.

“It is pertinent that we adhere to the rules to ensure that we do not have the morbidity and mortality that comes with the virus,” he said.

Public Health Physician in the Department of Epidemiology and Community Health, University of Ilorin Teaching Hospital (UITH), Dr. Emmanuel Opowoye, has warned that the virus has mutated and built a lot of resistance.

“COVID-19 virus has mutated and built a lot of resistance toward most preventive measures, both pharmaceutical and non-pharmaceutical,” he said.

According to the public health expert, the second wave of the COVID-19 pandemic is more devastating and violent going by precedence from the Spanish Flu which occurred a century ago.

He said the lackadaisical attitude of people toward safety measures after the lockdown contributed massively to the resurgence of the second wave of the virus, since it has not been completely eradicated.

Opowoye added that research has shown that there was a high risk of about 90 per cent among people that do not use face masks.

He added that research showed zero per cent transmission with the use of face masks and physical distance of about one meter.

Opowoye cautioned against visiting high-risk areas such as hospitals, clubs, markets among others, adding that one should be responsible for one’s health.

On the vaccine production in some countries, such as U.S., UK and Russia to contain the virus, Opowoye said that there were bound to be challenges and error in its preparation because of the short period of time with which the vaccine was produced.

He, therefore, appealed to Nigerians to adhere strictly to COVID-19 protocols in order to remain healthy especially during the festive period.

He also appealed to the government to be role models and adhere to the policies put in place to curb the spread of the virus. It is the government that would be most affected in case of any national emergency,’’ he said.