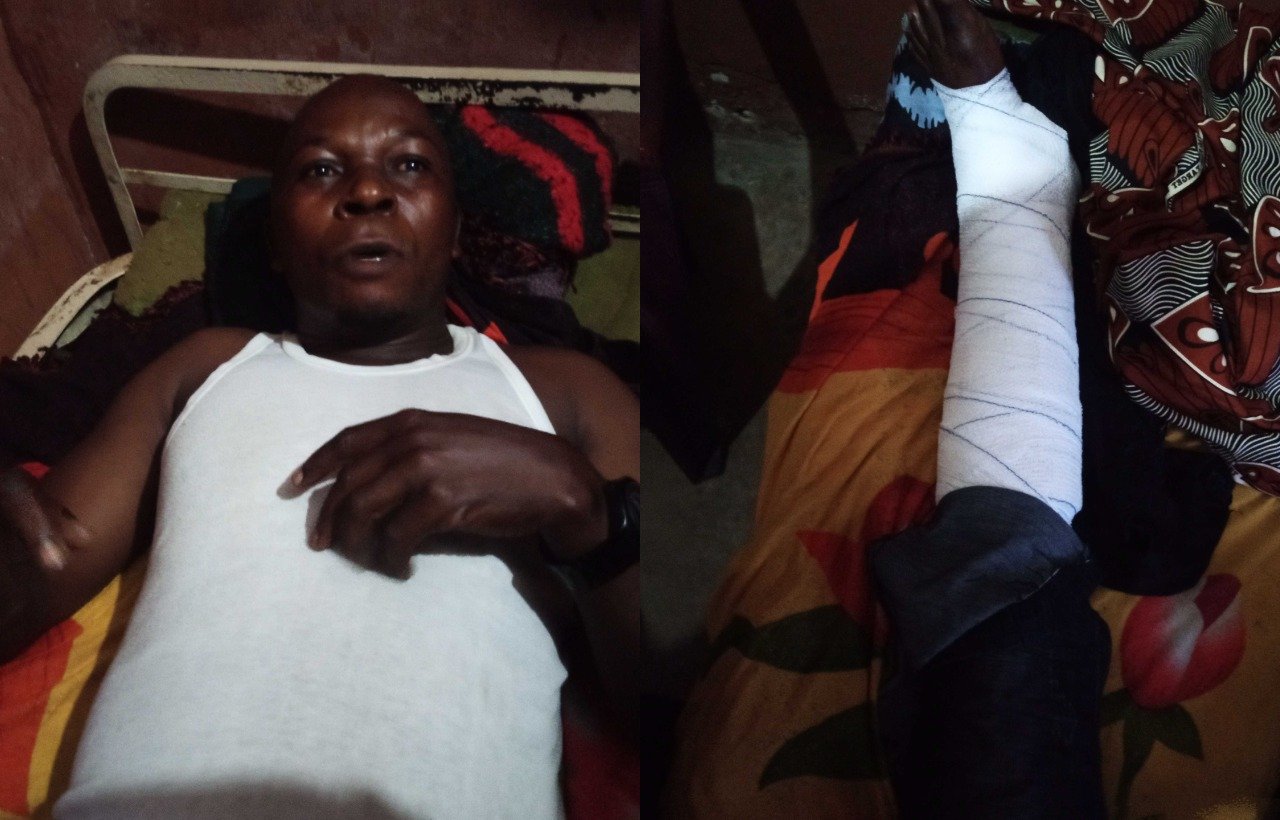 A 48-year-old farmer, Kazeem Amzat has been hospitalised after a Police operative in Osun dragged him and his son, Afeez on a motorcycle in Osogbo on Wednesday.

The incident happened around 9:30 am on Wednesday at Owo-Eba, Oke-Ijetu area of Osogbo, Osun State capital.

The police officer was one of the officers from the state CID on the checkpoint at Owo-Eba.

Amzat who also sell plank has a bone fracture on his left leg. It was also gathered that some angry youths in the area after the incident descended on the police officer and injured him.

Narrating his experience on a hospital bed, Amzat said he was going to his farm in Apara village, Atakunmosa East Local Government with his son on his motorcycle.

He further stated that along his way, he told his son who was riding the motorcycle to divert to meet a welder who has been working for him on a building when a police officer suddenly appeared and pointed a gun at them.

Amzat continued that the police officer dragged the motorcycle while on motion with his son and they fell into a gutter.

“There is a checkpoint in the front and the welder’s shop is at a corner before the checkpoint. The police officer was at the corner far from his colleagues. He just appeared and pointed gun at us on the cover of the road, I and my son were scared — he pulled us into the gutter; that was when my leg got broken.

“He started begging and one of his colleagues promised to take care of me at any amount. They took me to the hospital and I have not seen them since then. Some police officers from the command have come to check me here.

In further findings, We learnt that the welder and a vulcanizer have been arrested and have not been released as at the time of filing this report.

Effort to reach to the Public Relations Officer of the Osun command, SP Yemisi Opalola got no response as calls and text message sent to her went unanswered.

Recall that in August 2020, a similar incident occurred in Osun state when a 20-year-old, fashion designer, Ayomide Taiwo, was brutalised with the butt of the gun by a police officer over N50 bribe and he died after six days in coma at the Ladoke Akintola Teaching Hospital (LAUTECH), Osogbo, where he was receiving treatment.

In another incident in September same year, a 21-year-old apprentice, Idris Ajibola was also chased to death by men of the Joint Task Force (JTF) in Osogbo.

Dowen secondary school has shut down over

At least, 124 persons have been arrested