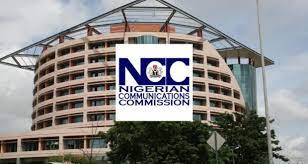 9mobile and Globacom have failed to meet key performance indicators stipulated by the Nigerian Communications Commission, the latest report by the industry regulator has shown.

According to the report obtained on Monday, the two mobile operators were unable to meet Key Performance Indicators in 19 states of the federation, while Airtel failed to meet the KPI in one state, Ogun State. The report covered the month of July 2020.

The report showed only MTN was successful in meeting the KPIs in every state of the federation.

An analysis of the quality of service report showed that subscribers recorded high drop call rates in 14 states.

The NCC described a dropped call as a call that is prematurely terminated before being released normally by either the caller or the called party and has a performance threshold of less than or equal to one per cent.

Another KPI is the CSSR, which is the fraction of the attempts to make a call that resulted in a connection to the dialled number.

According to the statistics, the telcos failed to meet this parameter in 10 states.

The failure to meet the stipulated SDDCH congestion rate, which is the probability of failure of accessing a stand-alone dedicated control channel during call setup affected subscribers in seven states.

Also, the TCCH, which is the probability of failure of accessing a traffic channel during call setup, affected subscribers in two states.

9mobile also did not meet the performance metrics for CSSR in Sokoto, Yobe, Kebbi, and Taraba.

Based on the TCCH congestion rate parameter, 9mobile failed to meet the performance indicators in Yobe and Taraba.

9mobile, however, met the stipulated KPI for SDDCH across the country.

According to the NCC statistics, Globacom subscribers experienced dropped calls in Borno, and Kebbi states within the period of the report.

For the CSSR indicator, Globacom was unable to meet the KPIs in Sokoto, Zamfara, Plateau, Borno, Gombe, Kaduna, Niger, Kebbi and Taraba states.

The NCC statistics indicated that Globacom could not meet the KPI for SDCCH congestion rate in the month under review in Zamfara, Plateau, Yobe, Borno, Kaduna, Niger, Kebbi and Taraba. However, the telco met the expected performance metric for the TCCH parameter in all the states.

Analysis of the July QoS report showed that Airtel did not meet the performance metrics for Standalone Dedicated Control Channel Congestion Rate in Ogun State only.