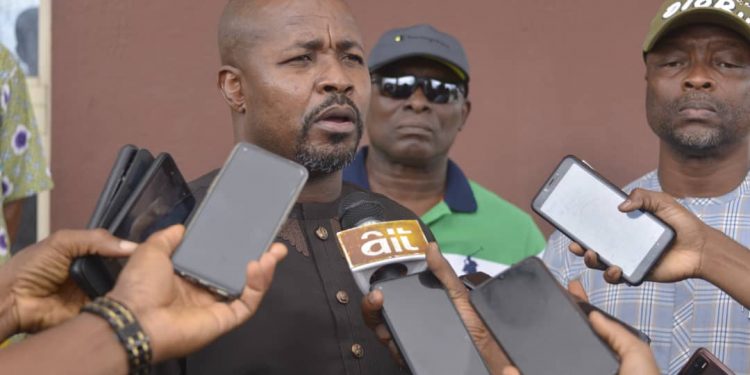 The Association of Local Government of Nigeria, ALGON, Abia State chapter has voted for the removal of Hon. Michael Ibe Nwoke as the state chairman of the association with immediate effect after passing a vote of no confidence in him.

In a special resolution announced by members of the association, Hon Nwoke was accused of issuing a press release which was reportedly unilaterally done without the recourse, approval, and authority from the  16 local government chairmen members.

Calling on Nwoke to hand over all documents relating to the office of Abia state ALGON Chairman to the Secretariat of the association, they disclosed that they will meet, and elect a new Chairman that will have the support of all members of the association.

While describing Nwoke’s claims in the said press release as untrue, the council chairmen noted that the local councils in the state have been playing their legal roles, and have been partnering with the state government in delivering good governance to the people at the grassroots.

The council chairmen further stated that local government system in the state has never experienced any form of cabalism contrary to Nwoke’s claim.

‘’All the members of ALGON have been treated equally irrespective of the area of the state they come from, therefore it is false for our chairman to talk about ‘’cabal’ within the local government system in Abia State,” the statement added.

On the issue of purchasing of vehicles for the councils, which was also mentioned in the said press release, the council bosses stated that they have not seen any underhandedness in the process leading to the purchase of vehicles. They also refuted allegations of meddlesomeness by any external body in the management of local government resources.

While condemning in totality the said press release by Nwoke, the council chairmen noted that the issues raised by Nwoke are provocatively distasteful, and can ignite disharmonious and acrimonious relationship within the polity, adding that actions, and utterances of leaders, and stakeholders should engender peace, and not anarchy, and chaos.

Expressing their unflinching support for the state government, the chairmen said: We want to through this medium emphasize our unflinching support to the kinetic government and administration of the state and to further confirm our satisfaction in the decisions, and policies of this administration which in our humble view are crafted, and executed in utmost good faith, and for the welfare of the generality of the people of the state.

On his part, the removed Abia State ALGON Chairman, Hon Michael Nwoke has pledged his support to the administration of Governor Okezie Ikpeazu.