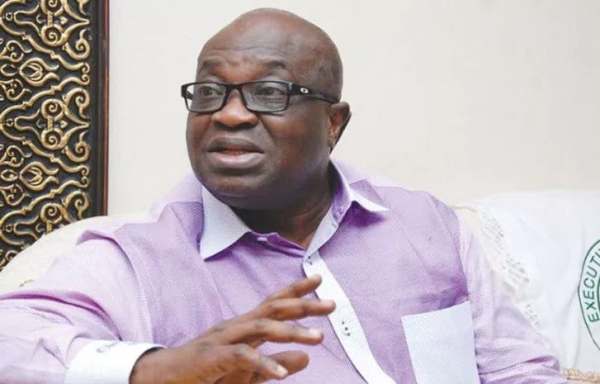 Abia State Governor, Okezie Ikpeazu has assured that he would remain focused on doing the job he was freely elected to do, to the very best of his ability and with deep passion until the expiration of his tenure.

He stated that his administration shall do whatever is necessary to protect the people of Abia State.

Governor Ikpeazu gave the assurance in a statement made available to newsmen in Umuahia, by Onyebuchi Ememanka, his Chief Press Secretary on Tuesday.

He maintained that with the spate of insecurity and crimes across the country, Abia remains the most peaceful and secure as of today, thereby making the state the destination of choice.

He promised that his administration will continue to engage all relevant stakeholders in the security sector to fashion out means of securing our state and our people.

Ikpeazu expressed optimism about the future of the economy of the state, even in the face the dwindling economic fortunes of our country, reassuring that his administration would continue to encourage the people of Abia to look inwards and find solutions to the challenges facing us.

“This is because our people have realized that our survival as a people lie in our ability to maximize our local productive capabilities in agriculture, cottage manufacturing, industrialization and trade.

“This explains the philosophy behind the establishment of the cottage palm oil mills across the 17 Local Government Areas with 6 pilot local governments already set to commence production.

“These will replicate the success achieved with the Abia Rice and make good use of the over 4 million seedlings of Tenera Palm already cultivated across the state”.

Governor Ikpeazu however used the medium to express his deepest appreciation to the people of the state for their support to his administration for the last six years, and as well, for their steadfastness and sacrifice, when necessary.