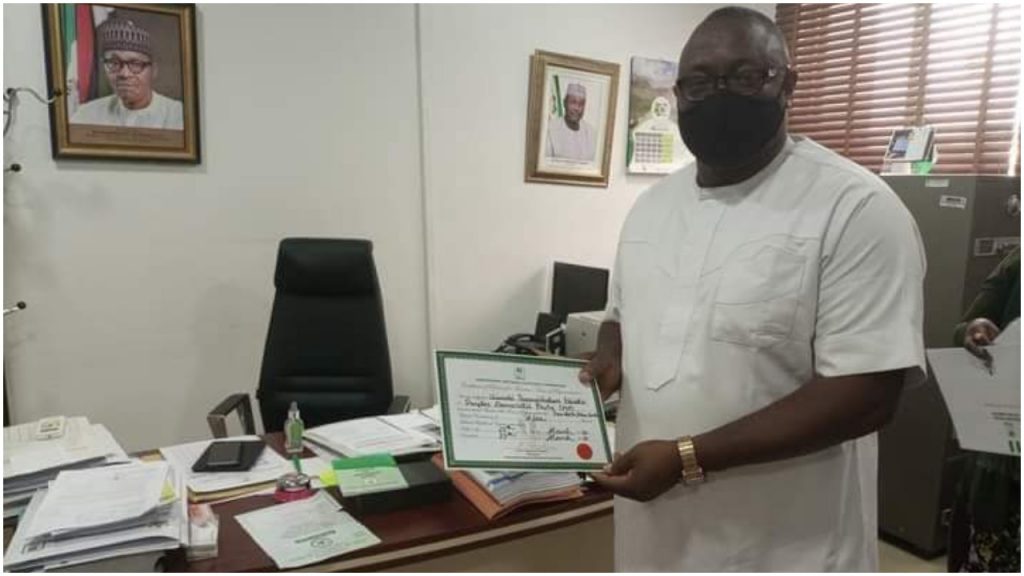 Chimaobi Ebisike, the winner and the candidate of the Peoples Democratic Party, PDP, in the just concluded rerun election held in Aba North and Aba South federal constituency of Abia State, has been presented with Certificate of Return by the Independent National Electoral Commission, INEC.

The event was held at the Abuja headquarters of the electoral commission.

Hon Ebisike flanked by party members, supporters and associates, thanked the management of the nation’s electoral umpire for the hitch-free polls conducted across the INEC units in Aba North and Aba South Local Government areas of the state.

The new Representative of Aba Federal Constituency, promised to render selfless Service through the attraction of meaningful infrastructures as well as complementing developmental strides of Governor Okezie Ikpeazu-led administration in Aba, the commercial nerve centre of Abia State.

Ebisike thanked the State Governor and members of the State Executive Council, PDP leadership, members and supporters for their immense support which saw him emerged victorious in the just concluded bye-election.

Ebisike will now fill the vacancy caused by the death of Ossy Prestige, the constituency’s former representative who died in Germany from an undisclosed illness.