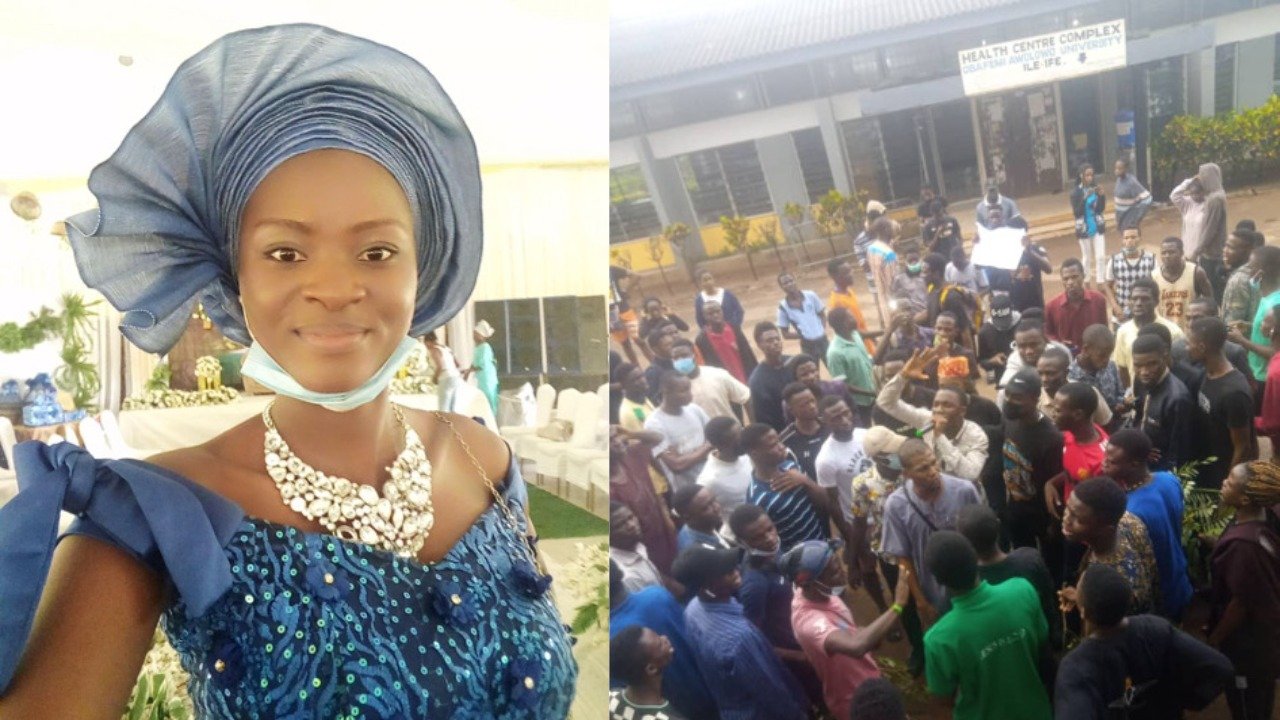 The management of the Obafemi Awolowo University (OAU), Ile-Ife, Osun State has shut down the institution.

The followed the protest that broke out over the death of an undergrad, Adesina Omowumi Aishat.

The school management condemned in strong terms the continuous and uncontrolled protests by the students which has culminated in unbridled brigandage, blocking of the Ife/Ibadan and Ife/Ede highways as alternative routes, and engaging in acts that are detrimental to their health and the safety of the generality of the people.

This is as it also explained that the deceased, Aishat had reported to the Health Centre of the school on Tuesday, 28th September, 2021 with signs and symptoms of a severe infection which was promptly treated with prescribed drugs after which she was asked to report back as an outpatient.

In a press release by the Public Relations Officer of the University, Abiodun Olanrewaju, it was revealed that the 24-year-old student reported back to the Health Centre in the morning of Thursday, 30th September and upon examination she was referred to Seventh Day Adventist Hospital for further management where she regrettably died.

Olanrewaju while explaining that the management understood the grief which has resulted from Aishat’s untimely death added that the University had exhausted all necessary avenues to call the students to order and allow for normalcy to return to the campus before it took the decision to close down the school.

“The authorities of Obafemi Awolowo University, Ile Ife, have accordingly closed down the school until further notice. This is to forestall further breakdown of law and order.

“In view of this, all students are hereby directed to vacate their halls of residence and the campus latest by 12:00 noon on Saturday, 2nd October, 2021.

“Consequently, the swearing-in of the newly elected Students’ Union officials has been put on hold, pending a review of the situation.

“In the meantime, the University management has put in place the machinery to unravel the circumstances surrounding the immediate and remote cause(s) of the crisis.”

The university spokesperson stated that the management sympathises with the parents, friends, colleagues and the entire students of the University on the sad loss and prays for the repose of her soul.

Man Utd vs Everton: Benitez to be without four key players for EPL match