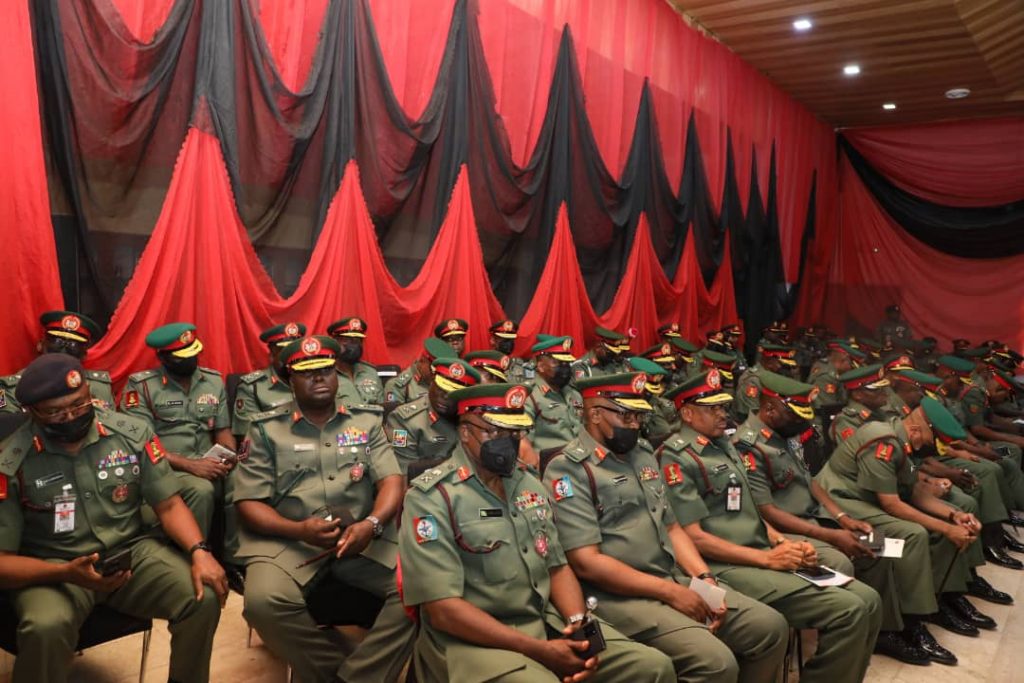 Despite condemnations over the years, the Armed Forces of Nigeria (AFN) continue to pledge loyalty to the sitting President.

There was another instance on Thursday during the decoration of newly promoted senior officers of the Nigerian Army (NA).

Magashi described their elevation as recognition of diligence and sacrifices individually and collectively to the military.

The minister assured that the government will continue to support the Army by acquiring additional hardware for operations across the country.

Yahaya reminded them of the current security challenges and urged them to remain focused in their effort to ensure peace and security.

According to Nwachukwu’s statement, Maj Gen Chijioke Onwunle, on behalf of the officers, “reaffirmed their unalloyed loyalty to the President, Commander in Chief of the Armed Forces and the constitution”.

In May, Robert Clarke, a Senior Advocate of Nigeria (SAN), suggested that the military should control the government temporarily and restructure Nigeria.

Gen Nwachukwu, then Director of Defence Information, said the military “shall remain apolitical, subordinate to the civil authority, firmly loyal to the Commander-in-Chief, President Buhari and the constitution”.