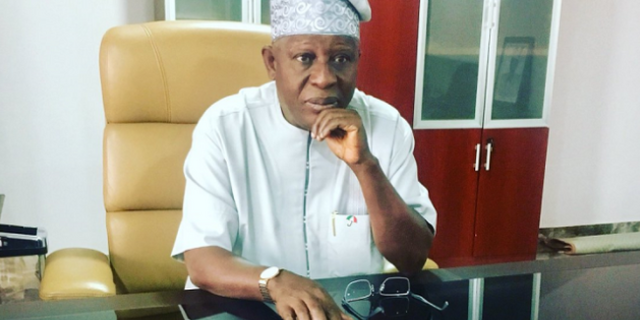 This was disclosed by the party’s spokesperson, Kola Ologbondiyan after a closed-door meeting of the National Working Committee (NWC) in Abuja on Thursday.

“A motion was moved and Elder Yemi Akinwonmi was unanimously approved as the Acting Chairman of our great party,” Ologbondiyan said.

“It is interesting for you to know that this is in line with the provisions of our Constitution. The party is fully back on stream. We are sailing properly and our Board of Trustees meeting is going on.

“Tomorrow, we are going to also have a caucus meeting and the National Working Committee will also meet tomorrow preparatory to the National Executive Council meeting which will be held on Saturday.”

While reacting to the recent crisis that has rocked the party recently, former Vice President Atiku Abubakar described the situation as normal.

He, however, said what makes the PDP different is its ability to resolve the crisis and prepare for the challenges ahead.

“If you have an internal crisis in your house, department, village, everywhere, it is normal. But what makes you different is your ability to resolve that crisis.

Justice Okogbule Gbasam of the Degema Division of the Rivers State High Court sitting in Port Harcourt gave the order on Monday.

Before his appointment, Akinwonmi was the Deputy National Chairman (South) of the main opposition party.

At Least 12 US Troops, Civilians Killed In Kabul Blast

Buhari's agenda is to "Islamize and Fulanize the nation" - Ortom