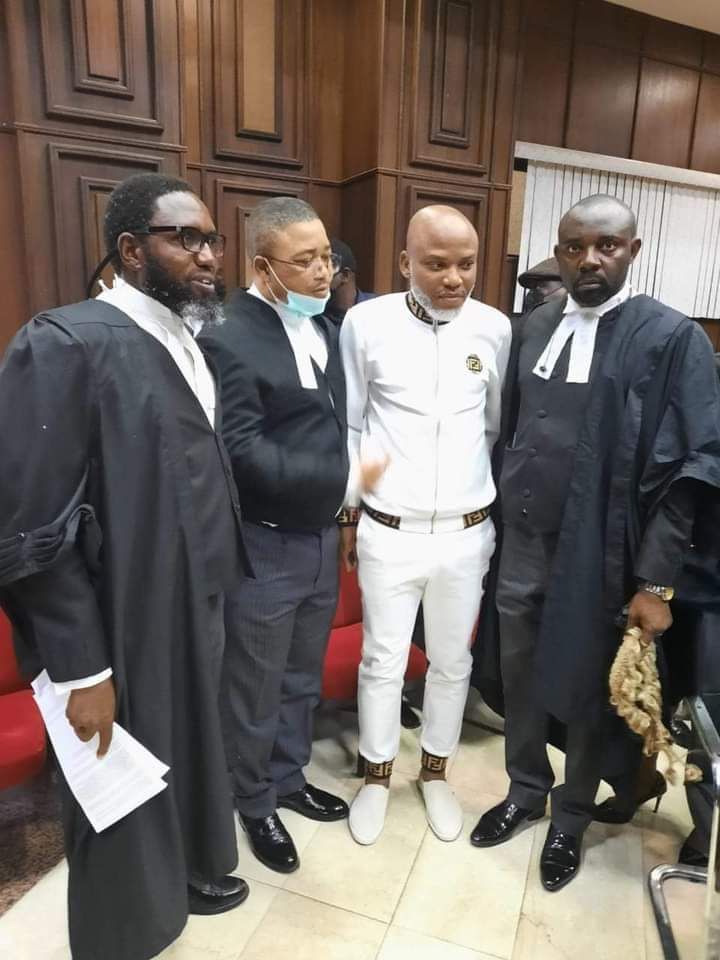 Igbo Lawyers Association (ILA), yesterday, declared that dialogue was the best option for President Muhammadu Buhari and the Federal Government in resolving the case of detained leader of the Indigenous People of Biafra (IPOB), Nnamdi Kanu.

Noting that negotiation was the best solution to political problems, the group said that those against the call for amnesty for Kanu were doing so out of ethnic sentiments.

Chairman of ILA, Chief Chuks Muoma, therefore, welcomed the recent meeting between some Igbo leaders and the president on the release of the IPOB leader.

Muoma, a former lead counsel to Kanu, said that the visit by the group led by First Republic Aviation Minister, Chief Mbazulike Amaechi, was a good gesture of peace that should be supported by all.

The Senior Advocate of Nigeria (SAN) lauded the president’s response to consider the request, stressing that the matter was weighty in nature, and needed sublime consideration.

“Amaechi’s gesture was good. I will never condemn a gesture of peace. Dialogue is the best solution to political problems. One of the good qualities of a democratic dispensation is discussing issues confronting the people instead of fighting it out, so I support the visit.

“The president said he would think about it. It’s a good response. The decision is weighty and needed sublime consideration,” he emphasised.

On the argument by some persons that Kanu be allowed to face trial and punishment, if found guilty, Muoma, said that such calls were borne out of ego-centric sentiments.

“Those making such utterances,” he stated, “were neither patriots nor nationalists of the Nigerian nation. They are speaking out of ethnic sentimentalism, out of their inordinate ambition to see themselves ruling Nigeria perpetually, to the detriment of other majority ethnic groups.”

He reminded them that Kanu’s agitation for self-determination was legal under international law and Nigeria’s domestic laws.

His words: «The United Nations Declaration on Human Rights and African Charter on Human and People›s Rights, freedom of self-determination in international law have been domesticated in the laws of the Federation of Nigeria.

“So, it is not a criminal offence to agitate for self-determination both under international law and the laws of the Federation of Nigeria.”

He, however, condemned violence while seeking for one’s right, saying such postures never brought permanent solutions to problems.

“I do not condone violence in any quarter, because I can’t see it being a permanent solution in any matter.

“The Nigerian civil war didn’t put an end to Biafra agitation, or any other nationalities’ agitation for self-determination,” Muoma said.

Regarding Chief Edwin Clark’s continued call for restructuring of the country before the 2023 general elections, the ILA chairman said that he was in total support of the elder statesman.

He argued: “If there is no restructuring by 2023, there will still be misrule and agitations in the country. That is why I called for a return to the 1963 Constitution, so that all the states and the Nigerian government will enjoy true political and fiscal autonomy.