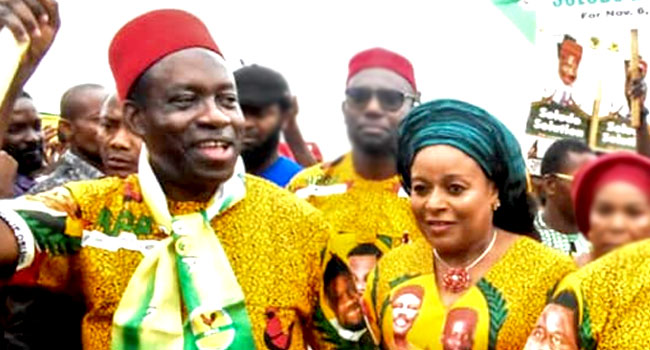 The candidate of the All Progressives Grand Alliance (APGA), Charles Soludo, on Sunday opened and maintained the lead in the Anambra State governorship election.

Soludo, a former governor of the Central Bank of Nigeria (CBN), won 18 of the 20 local government areas for which results were declared by the Independent National Electoral Commission (INEC).

Elections were not held in Ihiala Local Government Area and a supplementary election has been scheduled to take place on Tuesday, November 9.

Other top contenders in the election are Senator Andy Uba of the All Progressives Congress (APC), Mr Valentine Ozigbo of the Peoples Democratic Party (PDP), and Senator Ifeanyi Ubah of the Young Progressive Party (YPP).

The results from the 20 LGAs showed that Soludo polled a total of 103,946 votes, more than twice that of his closest opponent, PDP’s Valentine Ozigbo who got 51,322 votes.

The table below highlights the results collated from the 20 local governments so far: