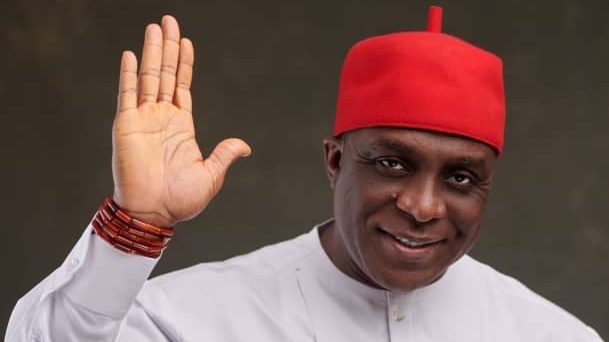 Dr. Obiora Okonkwo of the Zenith Labour Party (ZLP) has emerged winner of an online poll created by the leadership of the Peoples Democratic Party (PDP) in Anambra State to shore up the image and chances of its candidate in the November 6 governorship election.

Okonkwo polled 2218 votes to top the log in the poll that ended on Friday. The poll, which ran online for more than seven days, asked voters to cast their votes on who they preferred to become governor of Anambra state.

It asked: “Who or which party do you think would produce the next governor of Anambra state?”.

A total of 3709 votes were cast in the poll. Okonkwo polled 2218 votes to beat the PDP candidate who came second with 716 votes and Prof Charles Soludo of the discredited All Progressive Grand Alliance (APGA) who placed third with 357 votes.

Sen. Andy Ubah of the All Progressives Congress (APC) got some 295 votes to place fourth while Dr. Godwin Maduka rested on the bottom of the log with just 123 votes.

Voters said they preferred Dr Okonkwo to succeed Willie Obiano because of his integrity, resourcefulness and capacity to pull Anambra State out of the word with his ten-Point Agenda.

“Dr. Obiora Okonkwo is the only one among all the candidates that has an agenda for the state. Most of us have read through his ten-point agenda and we believe that he has the capacity to implement them for the good of Anambra state. We believe that he will fully implement his agenda for the state and our dear state will become the light of the nation again. So we are looking forward to the main election to prove that we have the power to change our state with Dr. Okonkwo, Dikeora”, one of the voters said.