HomeNEWSAnother UK museum will return a Benin bronze to Nigeria 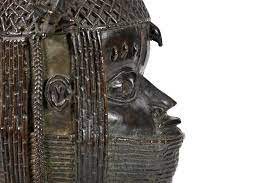 A museum in Newcastle is the latest UK institution to announce plans to return a Benin bronze to Africa. Officials at the Great North Museum: Hancock say they will repatriate a brass stave with bird finial—used as a musical instrument during ceremonies—to Nigerian authorities.

The Great North Museum: Hancock, which focuses on natural history and archaeology, is managed by Tyne and Wear Archives & Museums on behalf of Newcastle University. The university says in an online statement: “Given its forceful removal from Benin, Tyne and Wear Archives & Museums advised museum stakeholders—Newcastle University and the Natural History Society of Northumbria—to consider a proactive repatriation of the object to Nigeria. It has been unanimously agreed that the museum should seek a proactive repatriation of the bronze to Nigeria.”

The stave was acquired in 1951 after the Wellcome Historical Medical Museum dispersed non-medical objects from its collection. Vee Pollock, the Dean of Culture and the Creative Arts at Newcastle University, said that the university has “no hesitation” in returning the ceremonial stave, one of the so-called Benin bronzes. “As well as an important cultural artefact for the people of Benin, this brass stave is also a symbol of historic injustice and extreme violence,” she adds. Sharon Heal, the director of the membership and advocacy group UK Museums Association, tweeted that the decision is “great news”.

A growing number of Western museums have pledged to return artefacts in their collections that were plundered by British troops in an 1897 raid on the royal palace in Benin (the catch-all description “Benin bronzes” encompasses items made of ivory and brass as well as bronze).

The Metropolitan Museum of Art in New York also finalised the transfer of three Benin works to the Nigerian National Commission for Museums and Monuments (NCMM) late last year.

The latest move puts further pressure on the British Museum, which holds around 900 pieces from the kingdom of Benin, to return works to Nigeria. The British Museum is prohibited from permanently removing items from its collection under a 1963 UK law. It is, however, in talks with the Nigerian authorities to lend Benin objects to the planned Edo Museum of West African Art in Benin City, as part of a wider coalition of European institutions known as the Benin Dialogue Group.