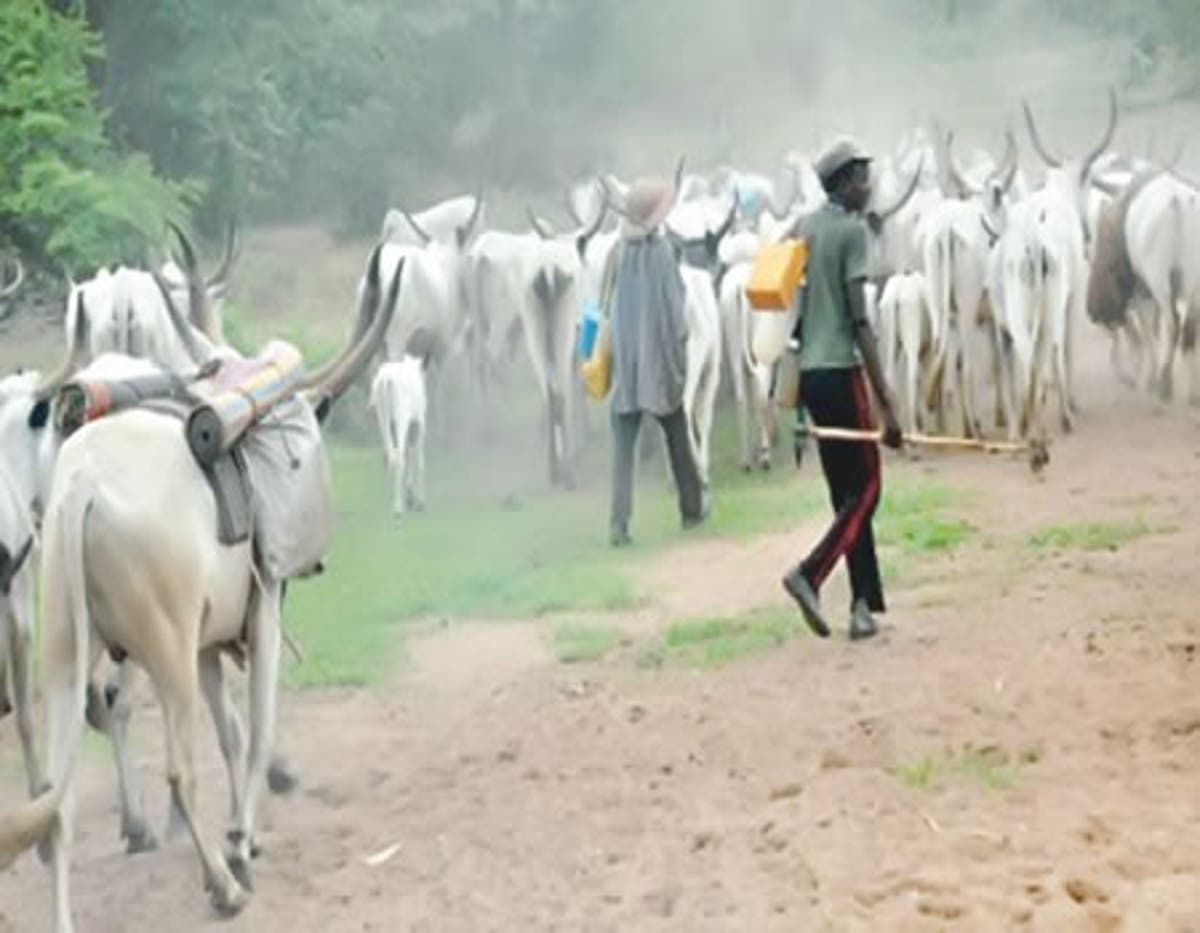 Indigenes of Ogbaru community in Anambra State have ejected herdsmen and their cattle from the entire local government area, over destruction of farms.

A video circulating on social media showed tens of thousands of cattle being shepherded out of the local government by their owners.

The video was, however, confirmed by the Transition Committee Chairman of the local government, Mr Arinze Awogu.

Though Awogu said the herdsmen and their cattle were yet to leave the community, he said discussions are ongoing for a peaceful exit of all herdsmen and cattle from Ogbaru owing to the atrocities they commit against the people.

He said the exit of the herdsmen and their cattle has been suspended until 12am on Sunday to ensure that their movement does not cause a traffic gridlock.

A letter by Awogu, which he wrote to stakeholders in the local government read: “May I start by appreciating our community leaders, Ndi-Igwe, the PGs, the woman leaders, the youth leaders, the vigilantes, our political leaders, the average farmer and the Ogbaru public for the maturity in handling the invasion of cattle and herders in Ogbaru and in our farm space.

“We agreed that no one’s means of livelihood will be subjected to mindless destruction and pillaging and will listen to the voice of reason but you did; I must commend you and also for your patience and understanding thus far.

“However, we have in the past days made appreciable progress in line with our avowed pursuit of a negotiated exit of the cattle and herders from our space and I can assure you that the process of
peaceful exit has been concluded. The herders will begin their peaceful movement by midnight today and will require free passage to exit.

“I wish to appeal to our people, particularly those around Ossomala, Umunankwo, Ogbakuba and Ochuche-Umuodu axis to allow the herders uptil midnight to quickly and quietly leave as any movement in the day time may cause much difficulties both to the herders and to traffic, giving the number of cattle involved.

“The law on anti-open grazing is clear and Ogbaru won’t accept anything to the contrary.”