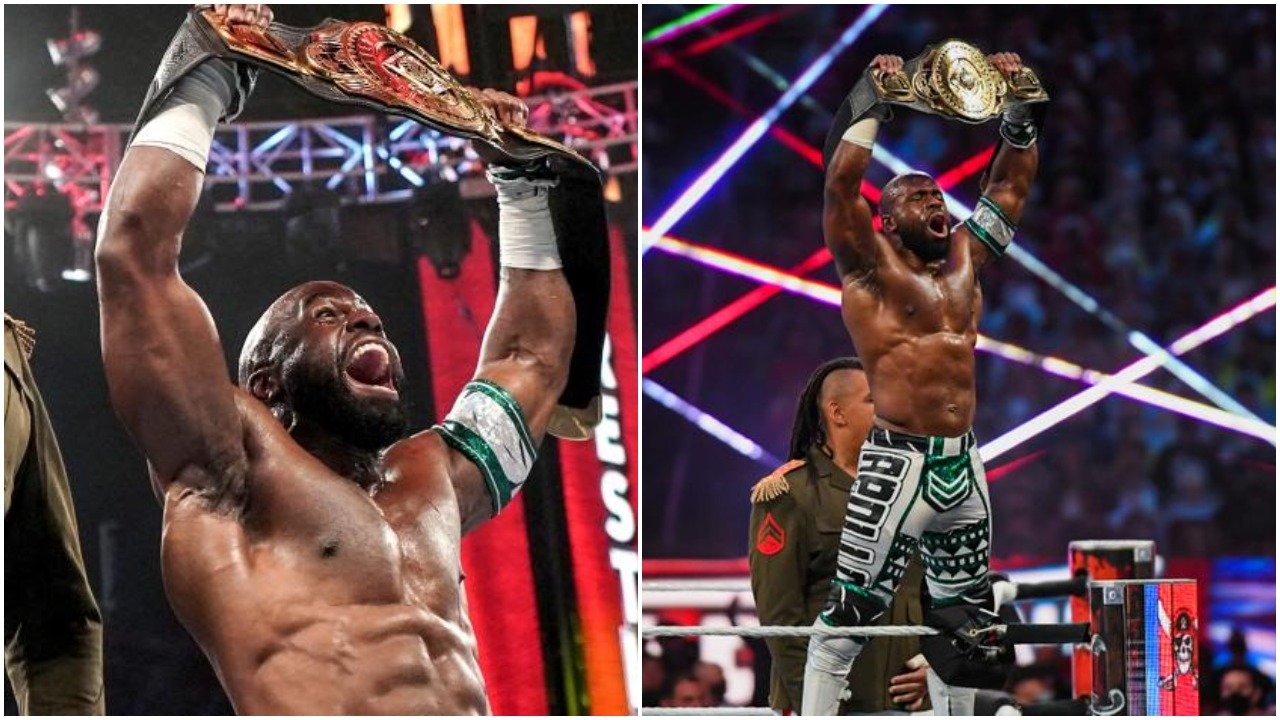 The Nigerian-American World Wrestling Entertainment wrestler, Sesugh Uhaa also known as Apollo Crews has won the WWE Intercontinental Champion.
Apollo Crews, defeated his opponent, known as the “Big E ” at the just concluded WrestleMania.
He, therefore, dedicated his new title to Nigeria, saying that his ancestors will now rejoice.
The 33-year-old wrestler whose parents hailed from Benue State, said he was proud to have defeated his opponent as he promised before the match.
This he said in a short interview after the match.
He added that
he is happy to have defeated Big E in his hometown and in front of his family and everybody, adding that has made his ancestors proud.
The just concluded 2020 WrestleMania was the 37th annual WrestleMania professional wrestling produced by WWE for their Raw and SmackDown brand divisions.
This was held at Raymond James Stadium in Tampa, Florida.

Shehu Sani defends Pantami against being on the US Watchlist