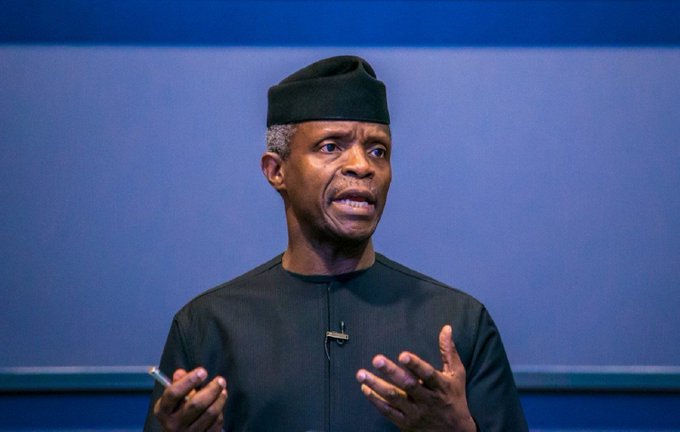 Vice President Professor Yemi Osinbajo has called on Nigerians to take a stand and challenge evil as a mark of honour for the fallen heroes.

Osinbajo made the charge while speaking at the Interdenominational Church service held at the National Christian Centre Abuja as part of activities to mark the 2022 Armed Forces Remembrance Day.

Represented by the Secretary to the Government of the Federation, Mr. Boss Mustapha, Prof. Osinbajo extolled the sacrificial courage of the men who laid down their lives to protect the territorial integrity of the nation.

He said the current administration prioritizes the welfare of officers and men of the Nigerian Armed Forces.

On his part, the Chief of Defence Staff, General Lucky Irabor commended the Federal Government’s commitment to the welfare of troops on the battlefront.

He expressed hope that as the economy is picking up, more will be done to step up their welfare.

General Irabor called on Nigerians to continue to support the efforts of the Armed Forces in confronting terrorism in the Northeast and other security challenges in other parts of the country.