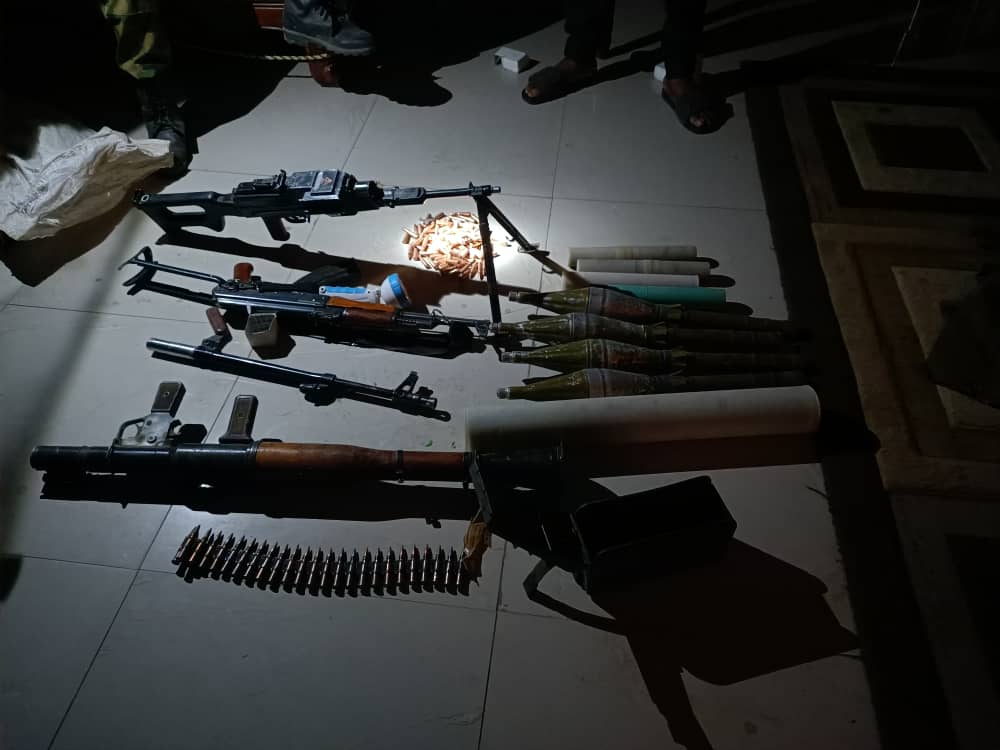 The Nigerian Army has neutralized a team of gun runners smuggling weapon on foot from the Niger Republic border in Sokoto on Monday.

According to Mohammed Yerima, Director of Army Public Relations the smugglers were intercept by Nigerian army troops operating around Sabo Birni border town of Sokoto State  upon receiving  credible information of a team 3 gunrunners moving weapons on foot around 11pm. The troops then laid an ambush and recovered RPG bombs and RPG chargers, machine gun, AK47 assault rifle and other accessories as well as different calibre of assorted ammunition.

The Chief of Army Staff Maj Gen Faruk Yahaya commended the efforts of the troops and urged them to sustain operational in dominating all the illegal routes around the border areas with Niger Republic to frustrate any movement of weapons and ammunition into the country.