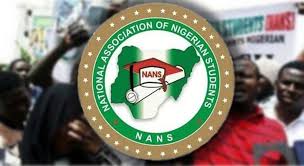 The National Association of Nigerian Students on Monday said it would engage the Federal Government and Academic Staff Union of Universities with a view to prevailing on them to end the nine-month-old strike embarked on by the university lecturers.

The organisation described the strike as “ridiculous” but expressed optimism that its consultation with both parties would yield a positive result.

The new President of NANS, Sunday Asefon, stated these in Abuja during his maiden press conference which came after his electoral victory.

According to him, NANS under his administration would fight against arbitrary expulsion, suspension, and rustication of students for dissent and peaceful protest.

Asefon said, “Again, I assure Nigerian students of my resolve to do all within my abilities to protect our interests, place the interest and welfare of Nigerian students above all considerations and reposition our association to take its rightful place in the centre of our nation’s polity.

“To this end, I will immediately set out to engage stakeholders within the educational sector to add our strong voice against the overstayed ASUU strike. We will be consulting with the representatives of the Federal Government and ASUU with the aim of prevailing on them to find a centre point for amicable resolution to ensure we return to school.

NANS also distanced itself from the second phase of the #EndSARS protests. “We are not going to be part of any protest that doesn’t have leadership. We are not part of #RevolutionNow,” Asefon stated.