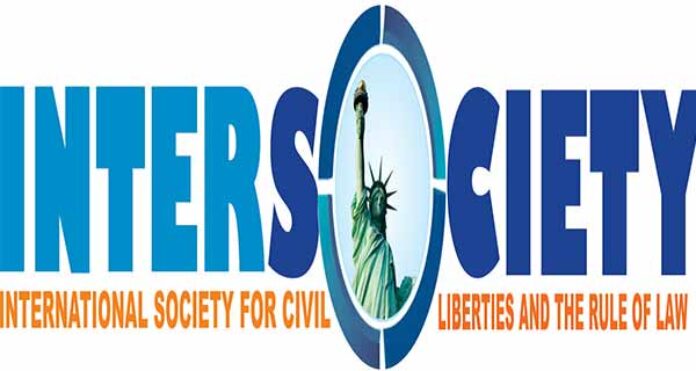 A human rights research and advocacy group, the International Society for Civil Liberties and the Rule of Law (Intersociety), last weekend raised the alarm that Nigeria is under the reign of jihadists disguised as insurgents and armed bandits.

The alarm came in the wake of the assassination attempt on the life of the Benue State Governor, Mr. Samuel Ortom, by unknown gunmen.

It said the deployment of Muslims to head military, intelligence and security formations in the southern part of the country was part of the jihadist agenda.

A statement issued by the group and signed by Mr. Emeka Umeagbalasi, described the raging twin evils of insurgency and armed banditry in the Northeast and Northwest as Jihad.

“Others are Commanding Officers of Ogbaru (Anambra) and Owerre-Nta (Abia) Naval Bases; Onitsha and Abakiliki Army Engineering Regiments; 144 Nigerian Army Battalion (Asa/Aba) and those in charge of army battalions and artilleries in Enugu, Ebonyi and Cross River States.”

The Intersociety also made reference to “the present Air Officer Commanding Nigerian Air Force Bases in Enugu and Port Harcourt and their sub heads; the Principal Officers of Nigerian Army’s 82 Division in Enugu and 6 Division in Port Harcourt (including its new GOC) and army formations in Warri, Edo, Akwa Ibom and Bayelsa as well as Police AIGs in charge of Zone 9 (Umuahia), Zone 5 (Benin), Zone 6 (Calabar) and Zone 13 (Ukpo-Anambra) and State Commissioners of Police and SSS Directors of Anambra, Imo, Enugu, Abia, Ebonyi, Rivers, Cross River, Edo, Delta, Akwa Ibom and Bayelsa States.

“Such investigations shall be done bearing in mind the clear provisions of Sections 10, 14 (3), 42 and 217 (3) of the present Constitution of Nigeria 1999 and the country’s multi ethnic and religious compositions.”

The group also alleged that in the last quarter of 2015, a country-wide forest mapping was carried out in the guise of “anti-terrorism or counterinsurgency strategy.

“Through our careful study of the operations with Igbo Land as a case study, it was discovered that the operations were disguised and used to facilitate movement and permanent settlement of armed indigenous and foreign jihadists herdsmen in forests and bushes located in the named regions -to the extent where they are settled, there must be an army/military post or mobile police base or key police post.”

The Intersociety further alleged that the southern governors were also coerced or forced or undermined into accepting or conspiring in the movement and permanent settlement of the jihadists as well as the forceful introduction and implementation of ‘RUGA,’ ‘military ranching,’ ‘the Livestock Transformation Plan,’ ‘Open Grazing’ and so on.”